A Blood Test for Concussions? Sounds Great, if It Really Works 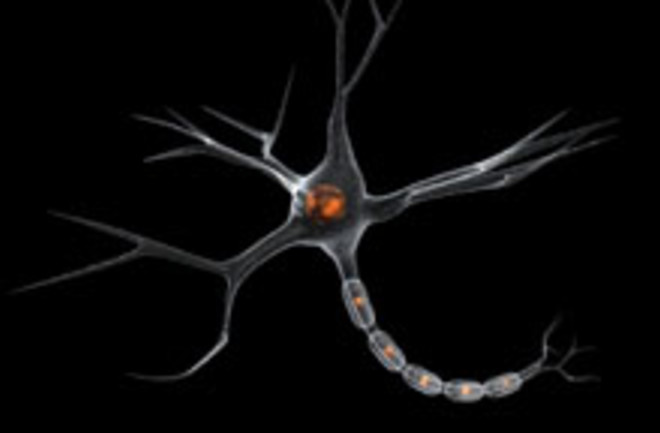 When people suffer a concussion, is the evidence of that head trauma just hanging out in their bloodstream, waiting to be found? A U.S. Army project made news late last week by claiming to have found a biomarker for traumatic brain injury, which could allow for a simple diagnosis via blood test. Make no mistake—a biomarker would be a tremendous medical advance in catching an elusive and hard-to-quantify condition. But don't get too excited just yet: This was a preliminary study, and some other neuroscientists are not convinced the test will work on in a real, clinical trail.

Army Col. Dallas Hack, who has oversight of the research, says recent data show the blood test, which looks for unique proteins that spill into the blood stream from damaged brain cells, accurately diagnosing mild traumatic brain injury in 34 patients. Doctors can miss these injuries because the damage does not show up on imaging scans, and symptoms such as headaches or dizziness are ignored or downplayed by the victims. [USA Today]

Hack certainly wasn't going to downplay the achievement by his team, which partners with the Florida-based company Banyan Biomarkers

Army Col. Dallas Hack says the new technique could rival the discovery of unique proteins in the 1970s that help doctors identify heart disease. "This will in fact do for brain injury what that test did for chest pain," Hack said. "It's going to change medicine entirely." [UPI]

Some of the particular markers they seek, called SBDP145 and SBDP120

, emerge from a breakage in the axons, which conduct signals away from neurons. Another, UCH-L1

is connected to injury to dendrites, those branchy projections from neurons. However, the research is moving forward at a judicious pace. The Army is currently working on pilot and feasibility studies, to be followed by a "pivotal study" of 1,200 patients. That one won't begin until at least June of next year, and may not conclude until 2013. Thus, as is so often the case with new pharmaceuticals and procedures, the first results are exciting but there's a long way to go. And so many researchers remain skeptical of the findings, and say the media shouldn't be too quick to hail the technique as a breakthrough.

"Banyan Biomarkers has identified some novel biomarkers in CSF (cerebral spinal fluid) and blood that show promise for enhancing the predictive capability as compared to prior biomarkers," said Dr. Alan Faden, director of the Center for Shock, Trauma and Anestesiology Research at the University of Maryland School of Medicine.... "But at present there are insufficient data to support the 'hype' expressed by Col. Hack." [ABC News]

One major research problem is an issue that hangs over all doctors treating head injury, and the reason a brain injury biomarker would be so key: Mild head injury isn't properly defined, and many cases are not caught as patients either don't go to the hospital or are released early, according to Jeffrey Bazarian.

"The key is whatever patients they study need to look like concussed patients, walking, talking and not necessarily in need of hospitalization," said Bazarian, a trauma specialist who has served on task forces involving brain injury and panels for the Centers for Disease Control and Prevention. "If you just look at the milds that are admitted ... that's potentially a flaw." [USA Today]

Nevertheless, the technique's early success caught the attention of at least one big organization getting bad press

. Related Content: DISCOVER: One Man's Quest To Heal the Brain

DISCOVER: Want to Learn Biology? Have Someone Punch You in the Face

More From Discover
Health
Extreme Fatigue: 4 of the Longest-Lasting Sporting Events
Health
What Science Says About the Weight-Loss Potential of The One-Meal-a-Day Diet
Health
How Saliva Changes The Flavor Of Food
Health
Walking vs. Running Benefits: Should You Walk or Run for Exercise?
Health
What is the Purpose of Hiccuping?
Mind
Gut Bacteria's Role in Anxiety and Depression: It’s Not Just In Your Head
Recommendations From Our Store
My Science ShopDiscover STEM Kits
My Science ShopDiscover 2022 Calendar
My Science ShopStrange Science
My Science ShopElements Flashcards
Shop Now
Stay Curious
Join
Our List