#78 Shutting Off the Down Syndrome Chromosome

A gene transplant silences the extra chromosome that causes the disease. 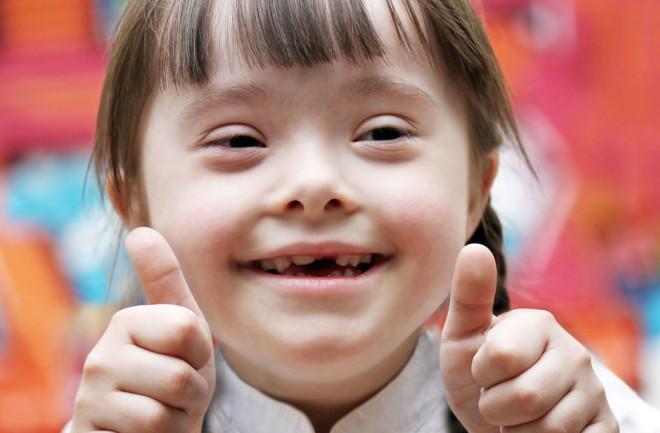 Scientists have found a way to turn off the extra chromosome that causes Down syndrome. The technique, reported in July, isn’t a cure, but it could help researchers better understand the condition’s effects on cells and design treatments for some of its symptoms.

The body already has a way to silence an extra chromosome: a gene called XIST, which turns off the second X chromosome in females. The gene essentially shutters the chromosome, covering it with other molecules so it can’t produce proteins. In Down syndrome, patients have three rather than the usual two copies of chromosome 21, causing problems in the way the body and brain develop. Using cells from Down patients, scientists at the University of Massachusetts Medical School transplanted the XIST gene into that third copy. Sure enough, the gene silenced the Down-causing extra chromosome, allowing the cells to grow more quickly in the lab, suggesting they were functioning better.

The researchers are now working toward therapies based on this method. “There are multiple systems affected in Down syndrome, and this could be applied to different ones in different ways,” says Jeanne Lawrence, the cellular biologist who led the study. For example, since people with Down syndrome have a high risk of heart problems and leukemia, silencing the extra chromosome in cardiac muscle and bone marrow might improve their health.

[This article originally appeared in print as "Shutting Off the Down Chromosome."]