We know that coffee keeps us awake, but studies show coffee impacts us in unexpected ways, including increasing our shopping habits and our tolerance to pain. 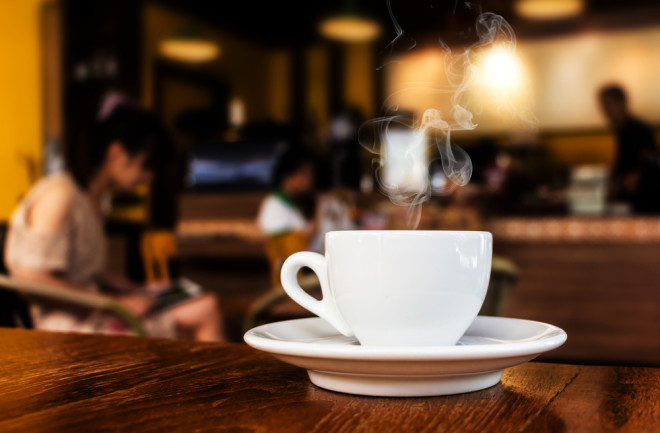 Everyone knows that coffee perks up the soul. Shortly after the nectar passes our lips, our brain is attentive, our vision sharpens and fatigue goes away.

As French novelist Honoré de Balzac states, “This coffee falls into your stomach, and straightway there is a general commotion. Ideas begin to move like the battalions of the Grand Army on the battlefield.”

Caffeine is the primary chemical in coffee, a psychoactive drug that alters how we feel and behave. Caffeine molecules resemble the body’s adenosine molecules, which accumulate in the brain the longer we are awake. And since caffeine looks like adenosine, it can block sensors and trick the brain to stay awake.

Given its popularity, scientists have conducted many studies on coffee and caffeine to discern its effect on health and behavior. Here are five of the lesser known surprises they have discovered.

If you've developed a coffee habit, you’ll be spending more money on java. And researchers have also found that shopping with caffeine can affect what you buy and how much you spend.

Researchers at the University of South Florida gave shoppers normal coffee, decaf or water as they entered a store. Those who drank the coffee spent about 50 percent more money and purchased nearly 30 percent more items than shoppers who had a non-caffeinated drink. In addition, the coffee drinkers splurged more on impulse buys.

Coffee can even affect charitability through its temperature. A study had people choose between giving a gift to a friend or keeping it for themselves, led by psychologist John Bargh at Yale University. Participants who held a warm therapeutic pad were more generous and gave the gift away, but those holding a cold pad kept it for themselves.

Coffee is known to elevate moods, and researchers have found that caffeinated teams work together better. A study conducted at Ohio State University found that groups who drank coffee prior to discussing a controversial topic rated their team’s performance better than those who drank decaf.

Participants drinking caffeine also talked more during the discussion, had an easier time staying on topic and stated that they would be willing to work with their group again compared to those who did not have caffeine.

Researchers attribute this collaborative atmosphere to the increased alertness from coffee. It may also involve caffeine’s demonstrated effect on problem-solving, which could also have helped generate more productive discussions. In one study, participants who took a caffeine pill came up with more solutions, compared to those who took a placebo.

In addition to sharpening the mind, coffee appears to increase tolerance to pain. Psychologist Burel Goodin at the University of Alabama found that people who habitually consume caffeinated products can better withstand uncomfortable physical stresses. People who run on caffeine were less sensitive to heat and mechanical pressure.

This could explain why people who caffeinate before exercise tend to perform better. Caffeine is one of the most widely used supplements to augment athletic abilities in a wide variety of sports and activities. Research performed at the University of Granada showed that drinking a strong coffee half an hour before exercising can increase fat-burning. Habitual users, however, may develop a level of tolerance to caffeine that negates its performance enhancing benefits.

Studies also suggest that coffee drinkers tend to live longer, showing lower risks for multiple illnesses, including cardiovascular disease, diabetes and some cancers. Scientists recently uncovered one protective feature of caffeine that works deep within the cells of our body: It enhances the function of mitochondria.

Mitochondria are the so-called “powerhouses” of the cell that generate energy. Researchers found that caffeine protected cardiovascular cells from damage. Other studies suggest caffeine counters the effects of pro-inflammatory molecules that accumulate in the body as it ages.

4. Coffee Has an Unconscious Influence

Coffee’s invigorating effects can influence our mind and behavior without us even taking a sip. A study performed at the University of Toronto found that subjects who were merely exposed to coffee cues – seeing a coffee cup or Starbucks store – became more alert and attentive. Notably, the coffee cues affected participants from Western cultures more than those where coffee dominates societies less.

Behavioral scientist Adriana Madzharov at Stevens Institute of Technology led a similar study and asked participants to solve algebra problems in an unscented room or one that smelled like coffee. Those working with the pleasing aroma of coffee performed better. Based on these findings, Madzharov suggests that employers and retailers "can use subtle scents to help shape employees' or occupants' experience with their environment."

Another unconscious influence is how people prefer their coffee. A University of Pennsylvania study found that American liberals were almost twice as likely than conservatives to drink lattes. The surveys suggested that liberals may be more open to globalization, whereas conservatives tend to be more averse to products they perceive as “foreign.”

5. Your Fondness for Coffee may be in Your Genes

There are two major reasons why some people do not worship coffee: One has to do with the tongue and one with the liver.

Approximately 25 percent of people are “supertasters,” a condition of heightened sensitivity to the chemicals that give food and drink its flavor. Genetic variations in so-called TAS2R genes influence the configuration of taste buds and affect how people perceive different flavors. Supertasters could find the bitter chemicals in coffee, such as caffeine and quinine, overwhelming.

Other types of genetic variations cannot offset bitter coffee with sugar or cream. For example, CYP1A2 is a gene that produces a liver enzyme that breaks down caffeine. People who have a version of this gene, designated CYP1A2*1F, do not process caffeine as quickly. In practice, this means that the drug stays active in the body for a longer period of time, which can produce tremors and nausea.

People who are slow to process caffeine may also be at increased risk for a heart attack and hypertension when ingesting excess caffeine. As with any drug, the body adapts and builds up a tolerance, meaning that more is needed to feel the effect.