5 Questions for the Creator of Truly Potent Stem Cells

Jacob Hanna is headed back to his homeland, Israel, as one of the youngest leaders in one of science's hottest fields. 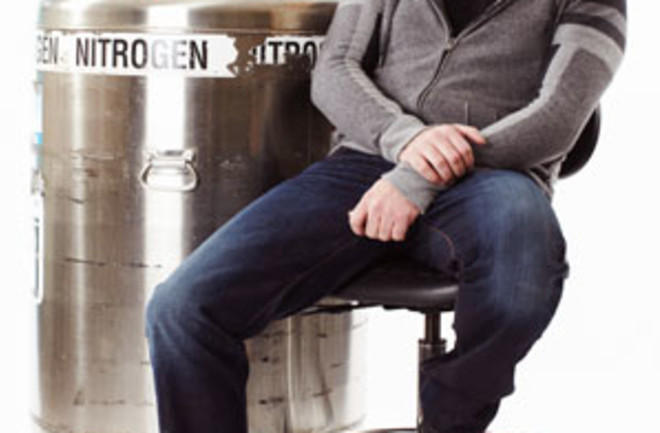 Two months after leaving home for college in Jerusalem, Jacob Hanna was still seeking a place to live; some of his prospective landlords were reluctant to rent to a Palestinian. Undeterred, he found an apartment, earned his degree, and then headed to MIT. There, his research manipulating stem cells earned him job opportunities at NYU and Harvard. Instead, the 31-year-old plans to return to his native Israel to start a lab at the Weizmann Institute of Science.

You made a name for yourself by curing mice of sickle-cell anemia. How did you do that? We converted mouse skin cells into induced pluri­potent stem cells—undifferentiated cells that can be used to generate any tissue in the body. Then we corrected the sickle-cell mutations in those cells and injected them back into the diseased mice. By relying on the mouse’s own cells, you don’t need donors or immunosuppressants to prevent rejection.

How could this work apply to humans? Usually human stem cells that we grow in the lab have already begun to differentiate, but last year my team provided the first evidence that we can maintain them in a more naive state.

Stem cell research has attracted a lot of hype. Is it hard doing research under those conditions?  Several times I have tried to continue the work of others, only to find that addiction to media attention had driven some stem cell researchers to make outrageous claims.

What was your education like in Israel? There is active segregation between Palestinians and Israeli society. If you’re a minority and want to get educated and get a job, you have to push for it. The system is not helping you out.

Then why go back to Israel to start your laboratory?Academia is perhaps the only environment in Israel where people interact without differences, and Weizmann is a great multidisciplinary institute. There is also value added in promoting Palestinian academics﻿. If I could assist with that, it would bring me great satisfaction.