The plants in your backyard aren't just nice to look at. Some may also hold some surprising medicinal uses. 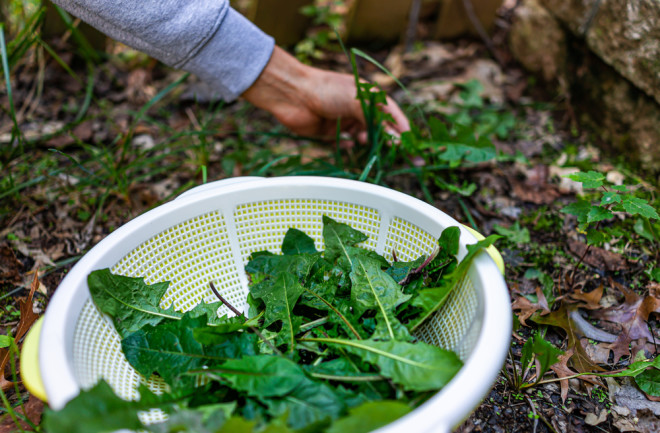 For thousands of years, treating an infection or staving off disease called for gathering a variety of different plants from your environment and turning them into medicine. The process might involve applying them topically, grinding them into a fine powder or boiling them into a drink like tea. Today, modern pharmaceuticals have mostly replaced the practice of using plants as medicine — at least in the U.S. and other Western countries. But some people still turn to plants as an alternative, often after exhausting other options within modern medicine.

“We see a lot of people in our clinic that have chronic conditions and have gone through the conventional health care system and have not gotten relief,” says Kat McKinnon, an herbalist and Clinic Program Director at the Colorado School of Clinical Herbalism. While McKinnon and other clinical herbalists can't prescribe medicines by law, they can instead work with clients collaboratively to recommend plant-based therapies that might provide some relief. And what most people don't realize, McKinnon says, is that the plant-based therapies they recommend are everywhere, usually growing in the clients' own backyards. Here are just a few common ones that McKinnon and her team recommend often.

Originally native to Europe, dandelions are one of the most common medicinal plants in the U.S., plentiful in the mountaintops or on a weedy lawn at sea level. Dandelions are “relatively gentle,” McKinnon says, compared to the effects of some other medicinal plants. They are often used in teas or tonics to boost the natural detoxification processes of the body.

“Dandelions are slightly bitter,” McKinnon says. “That bitterness you get through the leaves or roots of the dandelion help slightly boost your metabolism and also turn up the production of things like bile and digestive secretions — things that make your digestion run smoothly.” Dandelions help prepare the stomach for digestion or help with digestion post-meal — a remedy you might use, for instance, if you stuff yourself at Thanksgiving and feel uncomfortably full.

Dandelions also act as a natural diuretic, helping the body produce more urine: A small study published in the Journal of Alternative Complementary Medicine found that study participants who ingested dandelion had a higher frequency of urinary output as well as a higher volume of urine per void. Dandelions are so notorious for their pee-producing effects, in fact, the French name for dandelion, pissenlit, literally means “piss the bed.”

One of the general benefits with plant-based medicines, McKinnon says, is the additional nutrition that clients are able to get. Raspberry leaf is a prime example of a plant medicine that supports health overall thanks to its high levels of nutrition. “Raspberry leaf is a really gentle, food-like herb,” McKinnon says. “It has a lightly astringent effect but also a high density of mineral nutrition and phytonutrition — kind of like a salad in a cup.”

Raspberry leaf is usually made into a tea and taken to help provide relief for muscle spasms, menstrual cramps and mild diarrhea. Midwives and herbalists historically have used red raspberry leaf tea to prevent miscarriage and ease contractions, as well as reduce complications during childbirth. While the studies on raspberry leaf are few and far between, some studies do seem to support the idea that it can help ease the process of childbirth: One randomized control study of 192 woman showed that drinking red raspberry leaf tea shortened the second stage of labor by an average of 10 minutes.

If you've ever gone hiking in an area with vegetation, you probably know what a burdock is, or a burr in common vernacular. The small, spiny, circular pods that stick to clothing like Velcro are part of the larger burdock family.  While the leafy part of these plants might be a nuisance, the dark, fibrous roots are a common and potent medicine with some of the same digestion-boosting effects found in dandelion.

Burdock root also contains a substance called inulin, a type of fiber found in foods like garlic, asparagus, artichokes, leeks and many others. Inulin can't be absorbed by our small intestines — but when it passes into the large intestine, or colon, it helps nourish the good bacteria that live there, improving digestive health and immune health overall. Ingested as a tea or powder (the powder is much more potent than the tea, McKinnon says), burdock root can also kill a substance called biofilms. This slimy, sticky, damaging bacteria grows throughout our bodies; dental plaque is one common example. One 2014 study found that burdock root was effective in killing off biofilms and treating biofilm-related urinary tract infections.

Revered in traditional medicine, oak bark is a potent source of tannins, which is a bitter compound that has an astringent effect, McKinnon says. Essentially, tannins can help tighten the tissues in our body and reinforce the integrity of our skin and mucus membranes. Tannins also provide a slight antibiotic and antimicrobial effect. For this reason, oak bark is used topically to treat weepy skin conditions such as poison ivy or eczema, and it's also used as a wash to clean up mild cuts and scrapes. While it's easy and fairly safe to use as a topical remedy, taking oak internally should only be done with the help of a trained professional, since it’s been known to cause upset stomachs and constipation.

“Pine is something that's not super common in the grocery store but plentiful in our backyards,” McKinnon says. “When you smell pine, either in nature or in an essential oil, your lungs open up and you can feel yourself breathing in a little deeper.” This, McKinnon says, is because pine has a bronchio-dilating effect that herbalists use to encourage the healing process.

Used as a tincture or tea, pine is also helpful for expectorating — in other words, helping the body get rid of phlegm and promoting the flow of mucus out of the lungs. “It's the same reason people want to eat spicy foods when they're sick, because it decongests you a little and helps you breathe,” says McKinnon. Pine is no different.

No matter which option appeals to you, plant-based medicines are not for everyone or every condition, McKinnon warns. But for certain clients, taken under the guidance of a trained professional, they might just provide some relief.