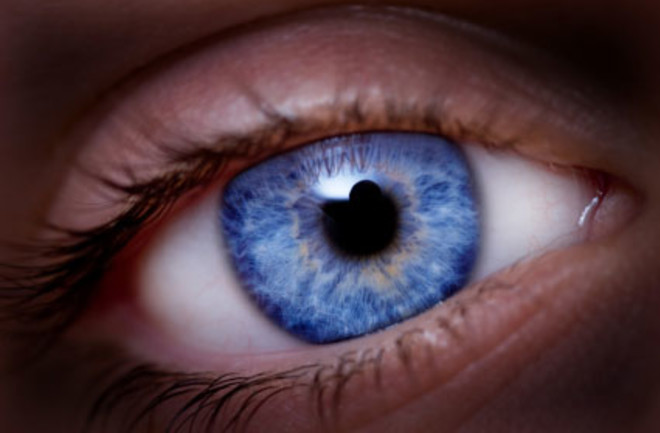 Blue eyes have their hue because of a single genetic mutation that occurred fewer than 10,000 years ago in one individual and swept rapidly through the European population, according to a study published in the journal Human Genetics in January.

After studying some 800 individuals from Denmark, Turkey, and Jordan, the researchers pinpointed a single base-pair change in the human genome that showed up in all the blue-eyed people and none of the brown-eyed people. “There was one founder mutation that gave rise to all the people in Europe who have blue eyes,” says report coauthor Jesper Troelsen, a University of Copenhagen molecular biologist. “It was quite surprising.”

Those with blue eyes also shared a number of other genetic markers in the same region—a stretch of DNA that regulates production of the pigment melanin. The tweak causes the iris to manufacture less melanin, lending the eyes their lighter shade.

As DNA passes down through generations, it gets shuffled and reshuffled. Because this particular stretch of DNA was so similar—barely shuffled—among all the blue-eyed people studied, the researchers inferred that the blue-eyes mutation is fairly young. Its apparently rapid spread through the population also suggests that, evolutionarily speaking, the mutation had something to offer. “It’s difficult to know what happened 10,000 years ago,” Troelsen says, but blue eyes may be linked with other traits—such as light skin color—that came in handy for early northern Europeans.