4 Unusual Epidemics That Had Nothing To Do With Viruses

From a dancing epidemic in the Middle Ages to the New York City teen tics in 2011, these epidemics are unusual. 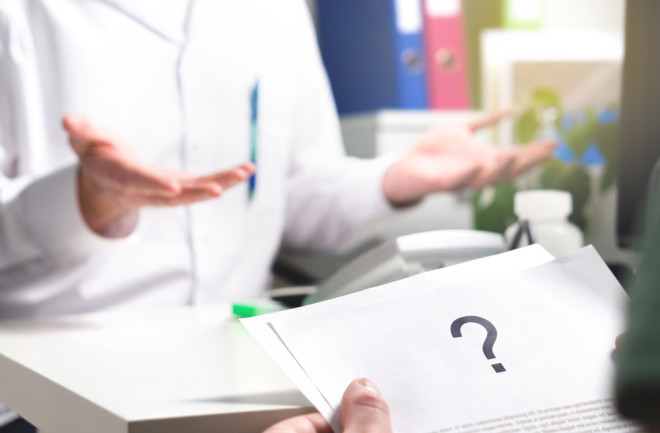 You’ve heard of epidemics – an infectious disease that takes over a specific region – like smallpox, measles and polio. But have you heard of a dancing epidemic? Or a laughing epidemic? While they might seem odd, these epidemics did happen in history.

If you think things couldn’t get any weirder, take a look at these four epidemics of truly strange behavior that erupted in the past.

1. Dancing ’til You Drop

Epidemics of choreomania — uncontrollable manic dancing that is not part of a rave — broke out on more than one occasion in Europe during the Middle Ages. In one of the most notorious incidents, the mania spread to 400 people, who danced until they literally dropped.

Historians have proposed several theories to explain these bizarre outbreaks of dancing. One says it was an odd way of dealing with the grief and stress of the bubonic plague, which rampaged through Europe somewhat regularly in those years. Another theory is that the dancing mania was a hallucinogenic reaction to ergot, a fungus that sometimes grows on rye (and contains a precursor to LSD).

Read more: Dancing ’Till Death: The Mystery Behind Dancing Manias

Experts today are prone to put the outbreak down to mass psychogenic illness. We’ll probably never know for sure what caused the wild dancing.

2. Demon at Your Door

Around Halloween, demons abound, not only as decorations, but also in person — in fact, you may meet one at a party or discover several little ones begging for treats at your front door. But more serious — and bizarre — incidents involving demons have occurred: outbreaks of demonomania, a psychiatric disorder in which the sufferer is obsessed with the idea of demons and may feel that they’re under the control of one more demons.

In The Book of Phobias and Manias: A History of Obsession, Kate Summerscale describes an epidemic of demonomania that broke out in Haute-Savoie in the mid 19th century. At the peak of the epidemic, she writes, “a hundred townspeople were convulsing, hallucinating, prophesying, frothing at the mouth, speaking in tongues, and performing acrobatic feats.”

An attempt at exorcism failed miserably, as “chaos broke out in the church: the congregation cursed and convulsed, struck the furniture and screamed abuse.” When the clergy couldn’t help, the police, and then the military were brought in, but all to no avail. The outbreak was brought under control only after authorities curtailed religious activities, organized concerts and dances and provided a library for the townspeople.

Professional comedians rely on the fact that laughing can be contagious. But contagious laughter went to extremes in the 1960s when there were several outbreaks of epidemic laughter among African schoolchildren.

According to a description by Summerscale, the first outbreak began in 1962 at a boarding school in Kashasha, Tanzania. Three girls began to laugh uncontrollably, then cry, then laugh again. Soon other girls “caught” what was being called “the laughing sickness.”

Some of the afflicted children ran around wildly, saying they were being chased. Others, writes Summerscale, reported feeling things moving around in their heads. Things got so bad that the school had to be closed and the students were sent home. Officials looked for signs of viral infection or food poisoning, but didn’t find anything.

The girls’ parents blamed it on spirits of the dead. Similar outbreaks occurred later at the same school, and at schools in Zambia, Uganda and Botswana. The mystery has still not been solved.

In October 2011, teenage girls in the small town of Le Roy, New York, began to exhibit some odd symptoms: a variety of tics, spasms and twitches. They made strange noises and flailed about in peculiar ways. Eventually, 18 people were afflicted, including one boy and one 36-year-old woman, according to an article in the New York Times.

Some thought the symptoms might be the result of environmental contamination or a viral infection, but no culprit was found. There still has been no definitive answer, but most bets are on conversion disorder — a condition in which stress manifests as physical symptoms.

It looked like another case of mass psychogenic illness since over a dozen people in one town had the same symptom.The families of the kids didn’t exactly eat up that theory.

“What are we, living in the 1600s?” the guardian of one of the teens told the New York Times. No, it really is the 21st century, but that’s proving to be weird enough.

More From Discover
Mind
In the Brain, Romantic Love is Basically an Addiction
Mind
Why Do We Hold On To Clutter?
Mind
Why the Human Brain Takes Decades to Develop
Mind
Weed Might Not Make You Creative After All
Mind
What Psilocybin Psychedelic Mushrooms Are Teaching Us About Human Consciousness
Mind
How Failing Could Actually Help us Succeed
Recommendations From Our Store
My Science ShopDiscover STEM Kits
My Science ShopDiscover 2022 Calendar
My Science ShopStrange Science
My Science ShopElements Flashcards
Shop Now
Stay Curious
Join
Our List