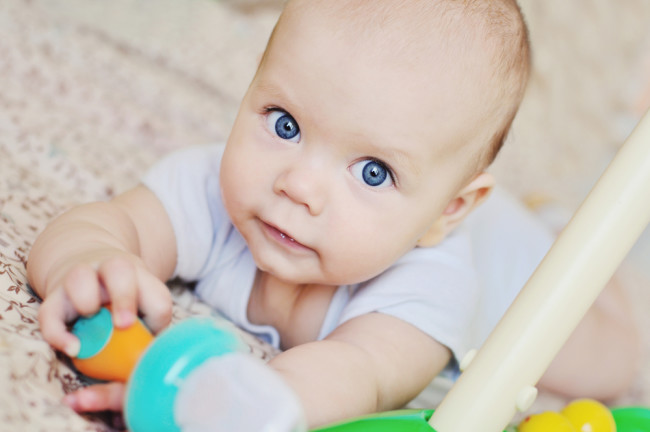 Want a child with beautiful blue eyes, who is tall and muscular, and just might be a musical prodigy? Some say this kind of designer baby selection is now possible with the granting of a patent last week to the personal genetics company 23andMe. The patent

lays out a theoretical system in which prospective parents could select their egg or sperm donors to maximize the likelihood of desirable traits in their offspring based on the parents' DNA. Some traits are related to disease risk, such as lower odds of heart disease and breast cancer. Other traits are physical, such as eye and hair color, height, muscle development and personality. The Verge

The system, according to the patent, could be used to "[identify] a preferred donor among the plurality of donors," based on genetic information. A woman undergoing in vitro fertilization using a sperm donor, for example, could ask 23andMe to crunch numbers on her own genetic profile and those of various donors — and then recommend a donor who'd most likely yield a child with the traits she desires.

Women selecting from sperm donors already see basic facts about the men, including physical traits and health history, but 23andMe would bring to bear their full genetic database, containing likelihoods for everything from Alzheimer's disease risk to lactose intolerance.

Designer babies? The California company begs to differ. It already has what it calls the Family Traits Inheritance Calculator, in which prospective parents can see which physical traits their kids might sport. It says it has no intention of using the patent to offer prospective parents a way to design babies:

The patent process takes years, and businesses often file patents without knowing exactly how they might be used (or if they will be used at all) so that they can protect an innovation. At the time 23andMe filed the patent, there was consideration that the technology could have potential applications for fertility clinics so language specific to the fertility treatment process was included in the patent. But much has evolved in that time, including 23andMe’s strategic focus. The company never pursued the concepts discussed in the patent beyond our Family Traits Inheritance Calculator, nor do we have any plans to do so.

Geneticists and ethicists have weighed in, of course. And it's not so clear-cut. Genetics often only has part of the story. DNA can predict eye color, but geneticists have a tougher time predicting how long someone might live. We're just not there yet. As Wired reports

from bioethicist Tom Murray of the Hastings Center:

A good rule of thumb is that the power of genomic prediction declines in inverse proportion to the importance of what’s predicted. The likelihood of bitter-taste perception might be easy to estimate, but not longevity.