The bacterial strain that wiped out half of 14th century Europe, scientists found, soon died out itself. 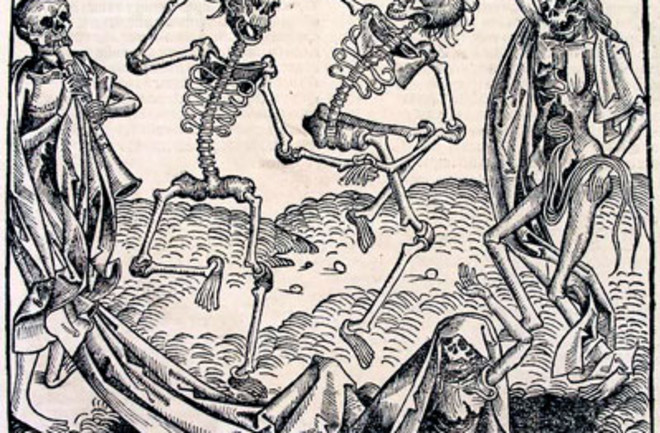 The identity of the bacterium behind the Black Death, a plague that killed as many as 50 million people in medieval Europe, was finally verified in August. It was a strain of Yersinia pestis, long believed to be at large, that researchers now confirm died out nearly seven centuries ago.

The precise identity of the bacterium that played a leading role in the largest pandemic in human history remained unknown until scientists studying the remains of plague victims in a mass grave in East Smithfield, England, discovered fragments of the bacterium’s DNA in the bones and teeth. Careful genetic analysis not only confirmed long-standing suspicion that Y. pestis was the microbe responsible for the plague, but also found slight genetic differences among bacteria from various remains at the site—suggesting that even as it killed millions, the bacterial strain itself was dying off.

Experts believe Y. pestis originated in or near China before migrating to the Mediterranean aboard cargo ships traveling from the Silk Road, a trade route linking East Asia to Europe and North Africa. According to records, the bacterium began spreading disease in Europe in 1347, after a decade-long cold snap had destroyed many crops, leaving millions of people weak and hungry. Within five years, Y. pestis and its descendants had felled half the continent’s population.

But its reign of terror could not be sustained. Close study of the pathogen’s DNA suggests that its voracious spread, during which it constantly evolved and adapted to new environments, ultimately led to its extinction, perhaps as early as 1353. Today, the Black Death strain is survived by perhaps hundreds of Y. pestis strains that, while milder than their forebear, still cause disease globally.