20 Things You Didn't Know About ... Testosterone

The manly hormone evolved 500 million years ago — from estrogen. 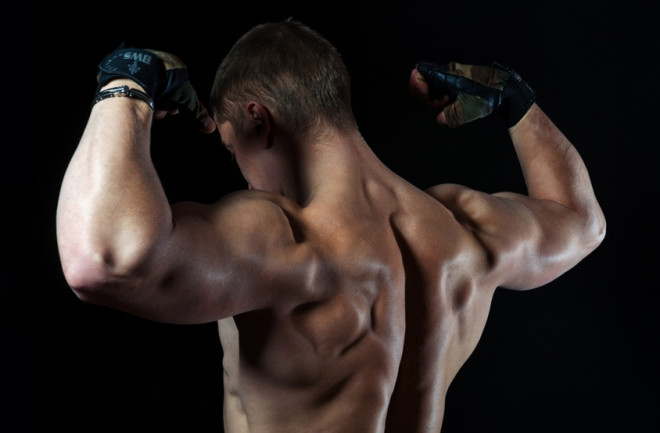 1. Testosterone is produced in men’s testicles, women’s ovaries and the adrenal glands of both sexes. In the early weeks of pregnancy, it kicks off the development of reproductive organs for males.

3. Long before the hormone was discovered, people ascribed youth-restoring powers to the testicles. Roman naturalist Pliny the Elder noted the sexually stimulating effects of dining on hyena genitals (with honey, of course).

4. Honeyed hyena testes sound preferable to the handiwork of Kansas huckster John Brinkley, who inserted slices of goat scrotum into men’s testicles in the 1920s, claiming it would boost virility and cure a host of ailments.

5. Despite its association with male virility, testosterone can also enhance a woman’s libido by targeting receptors in a section of the brain responsible for sexual activity.

6. Sex hormones, including testosterone, evolved 500 million years ago — before the first vertebrate animals — from the “mother” of all steroid hormones, estrogen.

7. But testosterone is, relatively speaking, a manly hormone. Normal levels for women are 5 to 7 percent of those for men.

9. One thing that’s not declining: demand for testosterone. In 2010, 1.3 million patients in the U.S. received a prescription for the hormone. That number jumped to 2.3 million in 2013.

10. Age isn’t the only cause of low testosterone; obesity is, too. With more body fat, more testosterone gets converted to an estrogen called estradiol, which further inhibits testosterone production.

11. Low T from obesity is a particularly vicious cycle because testosterone builds muscle apparently by stimulating the production of growth hormone releasing hormone (GHRH), which correlates with lean body mass.

12. Yet it’s not clear if the benefits of testosterone treatments outweigh the risks. Some studies have found an increased risk for cardiovascular disease among older men after starting testosterone therapy. Other studies suggested a decreased risk in overall mortality.

13. The hormone was first synthesized in 1935 after initial isolation of another male hormone called androsterone, which was distilled from some 4,000 gallons of donated urine.

15. There are more than 30 kinds of anabolic-androgenic steroids — the infamous ’roids used and abused to promote muscle growth — but they are all synthetic compounds mimicking testosterone’s chemical structure.

16. There is some correlation between aggressive behavior and testosterone levels, but most research lacks evidence of causation, and some results are contradictory.

17. One study found higher levels of testosterone correlated with aggressive behavior in 12- and 13-year-old boys, but not in 15- and 16-year-old boys. Studies on nonhumans have found much stronger correlations between aggression and testosterone levels.

20. Mixed research results aren’t slowing the testosterone booster bandwagon. In 2013, 25 percent of individuals taking it started treatment without bothering to get a blood test to see if they actually had low T, according to the FDA.