20 Things You Didn't Know About... Sugar

We eat it, we love it, and it may have been a chemical precursor to life on Earth 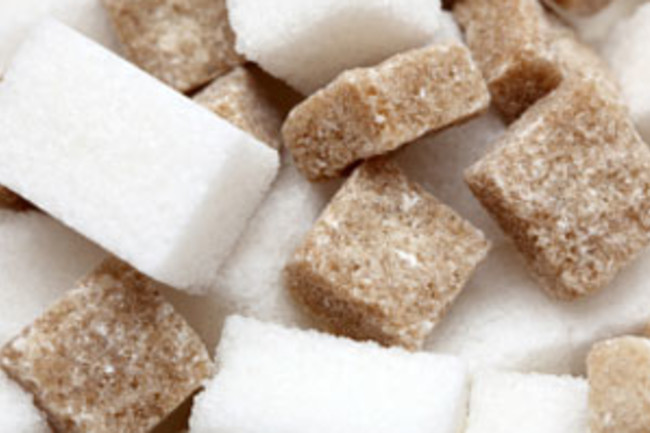 1 The average American eats 61 pounds of refined sugar each year, including 25 pounds of candy. Halloween accounts for at least two pounds of that.

2 Trick: Sugar may give you wrinkles via a process called glycation, in which excess blood sugar binds to collagen in the skin, making it less elastic.

3 Or treat: Cutting back on sugar may help your skin retain its flexibility. So actually, no treats.

4 People in India have been crystallizing cane sugar for at least 2,000 years. When Alexander the Great’s companions arrived there, they marveled at the production of honey without bees.

5 In 1747 German chemist Andreas Marggraf discovered that the sugar in a sugar beet is identical to that in sugarcane. In 1802 the first beet-sugar refinery began operations, bringing cheap sweets to northern climes.

6 More than half the 8.4 million metric tons of sugar produced annually in the United States comes from beets.

7 Can you imagine eating 16 sugar cubes at one sitting? You probably have. That’s a little less than what is contained in a 20-ounce bottle of cola.

9 The artificial sweeteners saccharin and aspartame were found accidentally when lab workers doing research that had nothing to do with sweetening put a bit of the test compounds in their mouths and liked what they tasted.

10 What kind of researcher sticks an experiment in his mouth?

11 At least he had an excuse. The scientists who discovered sucralose (now sold as Splenda) were originally trying to create an insecticide. An assistant thought he had been instructed to “taste” a compound he’d only been asked to “test.”

12 A compound called lugduname is the sweetest compound known—more than 200,000 times as sweet as table sugar.

13 Sugars are molecules of carbon, hydrogen, and oxygen. The simplest include glucose, fructose, and galactose. Table sugar is crystallized sucrose, a fusion of one fructose and one glucose molecule.

14 Can’t escape them: Sugars are the building blocks of carbohydrates, the most abundant type of organic molecules in living things.

15 Glycolaldehyde, an eight-atom sugar, has even been found in an interstellar gas cloud near the center of the Milky Way.

16 Glycolaldehyde can react with a three-carbon sugar to form ribose, the basis for both RNA and DNA, so the glycol­aldehyde found in deep space may be a chemical precursor to life on Earth.

17 That cloud also contains ethylene glycol, a sweet relative of glycol­aldehyde and the main ingredient in antifreeze. Either complex sugars can be synthesized between the stars or there is a truck stop at the end of the universe.

18 Sugar can help get you there to find out. Burn sucrose with a dose of corn syrup and saltpeter and you get “sugar propellant,” a popular amateur rocket fuel.

19 How do you spell relief? “Obecalp,” a sugar pill manufactured to FDA standards, is marketed as a treatment for children’s mild complaints. (Try reading the name backward.)

20 It’s not all mind games. The sugar glucosamine works as an immunosuppressant in mice, and xylitol (a sugar alcohol) can prevent ear infections in kids. Sweet!