The therapy that may one day allow paraplegics to walk. 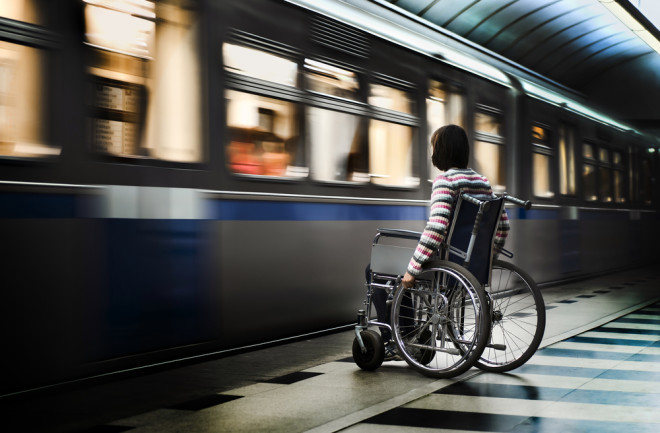 Last year two paralyzed people briefly stood again, aided by a device that electrically stimulates the lower spinal cord. They were among the first beneficiaries of a hugely promising technique that researchers hope could one day enable many paralyzed people to walk again.

The spinal cord carries the brain signals that control movement of the limbs. If the cord gets clipped by disease or injury, the communication lines go dead; because nerve fibers have limited ability to regrow, the resulting paralysis can be permanent. But starting in the 1990s, UCLA neuroscientist Reggie Edgerton showed that when stimulated with small electrical pulses, the spinal cord can wake up those nerve fibers and coordinate standing and walking—without any input from the brain. Edgerton implanted electrodes in paralyzed rats, then stimulated their spinal cords while researchers moved the animals’ legs in a stepping motion on a treadmill. After four to eight weeks of training, the rats were able to walk on their own.

Now there is compelling evidence that what worked for rats will work for humans, too. In 2009 Edgerton’s team implanted electrodes in the spinal cord of paralyzed former college baseball player Rob Summers. After three days of treadmill therapy, Summers was able to stand on his own. Unexpectedly, he also experienced gradual improvements in blood pressure regulation, bladder control, and sexual function. Last year two other patients experienced similar success—an important advance, because unlike Summers, neither was in exceptional physical condition prior to injury, and one of them had absolutely no feeling below the chest.

The next step is to go from standing to walking. Edgerton’s most successful rat experiments required administering drugs that help muscles contract. He hopes to conduct analogous human tests within a few years.