Fighting cancer, producing renewable fuels, and making your clothing glow in the dark.

After giving us lifetimes of plagues, colds, and athlete’s foot, microbes are being recruited and transformed to fight disease—and help us in other ways, too. The technology emerging from the Human Genome Project has made sequencing DNA one-fiftieth the cost of a decade ago and given geneticists a wealth of information, so that a standard laboratory organism can be altered with relative ease. With some tweaks to their genetic code, microbes can be turned into tiny workhorses:

Microbes vs. Disease, Round I

Bacteria and yeast, which cause so many diseases, may soon help cure illness: scientists can use microbes as mini-factories to produce cheap and effective drugs. 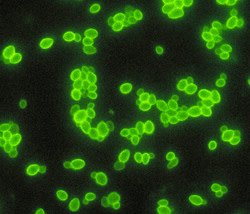 For example, the drug artemisinin is almost 100 percent effective at treating malaria, but it is also pricey, leaving the African and South American countries that need it most unable to afford it. All that could change if using bacteria and yeast lets scientists bypass expensive laboratory processes to synthesize the drug. Berkeley researchers have already genetically engineered yeast to produce the chemicals that are basic ingredients of the drug.

Microbes vs. Disease, Round II

Lactobacillus, a natural resident of the vaginal and gastrointestinal tracts, defends against urinary infections and diarrhea. Now, thanks to Osel, a bacterial therapeutics company, the microbe may be genetically enhanced to manufacture proteins that target and attack HIV.

Microbes vs. Disease, Round III

By modifying a few genes in adenoviruses (which bring us the common cold), scientists at Introgen Therapeutics are engineering weapons against cancer. Special strains of the adenovirus, the researchers say, have been altered to deploy anticancer genes within tumors, killing cancer cells while leaving healthy ones unscathed. 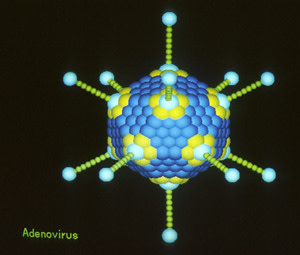 Microbes vs. Disease, Round IV

Your typical vaccine is engineered to prevent trouble before it starts. Yet NIH scientists have developed a vaccine that targets tumors that are already formed. In recent tests, genetically engineered yeast in the vaccine delivered a common tumor protein that stimulated the immune systems of mice, thereby destroying tumors. The results of these animal trials may eventually help patients with colon, rectum, stomach, breast, or lung cancer.

Fuel From Microbes, Part I

It’s the perfect give-and-take relationship: Bacteria and yeast break down what we don’t want—organic waste and biomass—and excrete what we do want—biofuels like ethanol and butanol.

Recently, ethanol has been heralded as a cleaner, more energy-efficient fuel than gasoline, and yeast has emerged as a boon to fuel researchers because it naturally produces ethanol from sugars, an ability that traditionally has been used to leaven bread and ferment beer.

At MIT, scientists have engineered a new yeast strain that can survive in high levels of sugar and ethanol, producing 50 percent more ethanol than its natural cousins. But biofuelpotential does not stop there. UCLA scientists have created E. Coli that produce butanol, which packs even more energy than ethanol.

Researchers in Silicon Valley may also have found a promising alternative fuel source from a tiny helper. By genetically engineering bacteria and yeast, they were able to convert fatty acids into petroleum replacement products. In this process, the organisms can produce hydrocarbon-based fuels from organic waste. In addition to being renewable, this "Oil 2.0," as the researchers call it, is also carbon neutral—the microbes use about the same amount of carbon to produce the oil as will be emitted when it burns.

The tag on your t-shirt may one day read, "Ninety nine percent cotton and one percent E. Coli." Infusing bacteria or viruses into clothing materials may give them super properties, such as self-cleaning clothes or naturally glow-in-the-dark designs. In industrial settings, engineered viruses may be able to bind to stress points in metal surfaces and illuminate them. 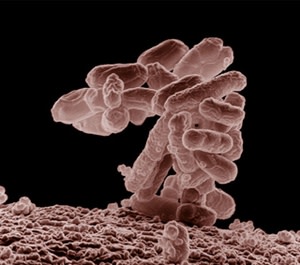 In perhaps the first case of microbial fashion design, Dartmouth scientists have genetically engineered E. Coli and developed a vacuum pump that infuses the bacteria into textile fibers. One possible application would be self-cleaning clothes in which the bacteria feed on human sweat and dirt. Other prospects include daily wear, military uniforms, or bandages that can eat odors, repel water, glow in the dark, or release healing agents directly into wounds.

Viruses are always on the prowl for hosts to invade. Researchers have taken advantage of this ability and created viruses to target inanimate objects as well. MIT researchers have genetically engineered viruses to produce proteins that attach to specificmetal alloys at stress points in airplanes. In a few years, they say, technicians may be able to cover an airplane wing with microbes, detect what areas are in greater danger of failure, and fix them before take-off.