Woaah! Not Again... Typhoon Mekkhala Bears Down on the Philippines — As the Pope Visits 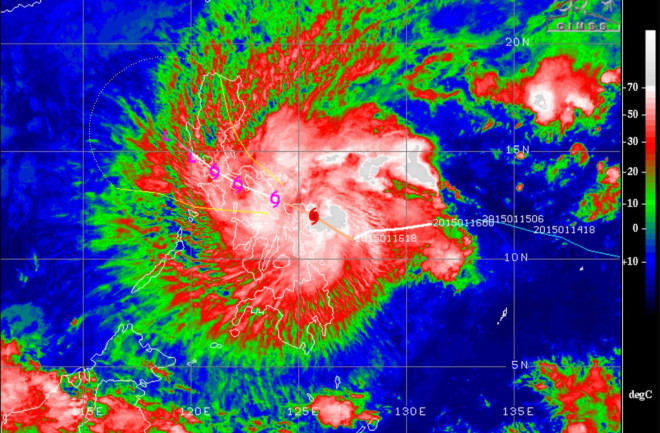 Typhoon Mekkhala's forecast track will take it across the Philippines. (Source: SSEC) With rain coming down on Saturday, Pope Francis offered solace to 150,000 people in Tacloban — the Philippine city devastated by Typhoon Haiyan in 2013. And as he spoke, a new typhoon was taking aim on the Philippines. You can see it in the satellite image above. If I'm reading it correctly, the forecast track would take the storm a little north of Tacloban. That said, the Joint Typhoon Warning Center forecasts that the storm will pass closer to the city, at about 12:00 UTC (7 a.m. EST) on Saturday. Wherever it lands, Mekkhala will be a storm to reckon with, with forecast wind gusts of up to 85 miles per hour. And that's not all, according to Weather Channel senior meteorologist Stu Ostro. He notes that there is deep and persistent convection associated with the typhoon, which has the potential to bring torrential tropical rain. For more on this developing story, including more satellite imagery, see Jason Samenow's excellent story at the Washington Post.