Will Ocean Acidification Muck Up the Marine Nitrogen Cycle? 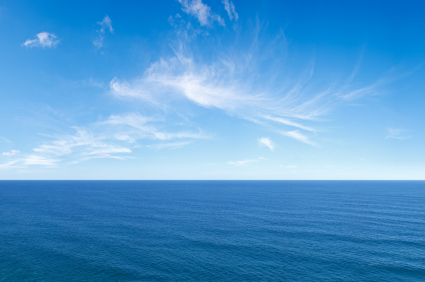 Some of the consequences of ocean acidification appear obvious: The shells of mollusks, for instance, could dissolve as the pH of ocean water drops thanks to the ocean pulling out some of the excess carbon dioxide humans put into the atmosphere. But what about more subtle effects of seawater growing more acidic? In the Proceedings of the National Academy of Sciences this week, researchers set up an experiment to see whether the growing acidity of the ocean could disrupt the marine cycle of nitrogen, which provides key nutrients for plant life. Indeed it can, J. Michael Beman's team found, and that's another potentially dangerous side effect of the ocean as a carbon sink.

The authors of the study examined a specific step in the marine nitrogen cycle, called nitrification, in which microorganisms convert one form of nitrogen, ammonium, into nitrate, a form plants and other marine microorganisms require to survive. Previous research studies on experimentally acidified freshwater ... in the laboratory have suggested that reduced pH slows nitrification, and one study in coastal ocean waters showed that large pH decreases did the same. [Scientific American]

in the coming decades. Just decreasing the pH from 8.1 to 8.0 resulted in about 20 percent less nitrate creation, the team wrote. In their experiments that lowered pH between .05 and .14, the nitrate production dropped between 8 and 38 percent. Some organisms adapt to changing environments; some die. The worry here is that a profound change in the nitrogen cycle

could prove devastating for organisms that are crucial to the ocean food web.

In addition to altering the total amounts of available nitrates, their composition would also change, favoring some organisms while threatening others. Especially threatened would be diatoms, one of the most common types of algae, which are specialized to metabolize certain types of nitrates. [Wired]

Beman's test isn't intended to make specific predictions about what the future ocean will look like. But it's another step in understand what happens when you turn down the dial on the ocean's pH, and the pH reduction is already happening:

Oceans are Earth’s great CO2 sink, having absorbed one-third of human CO2 emissions over the past two centuries. As a result, the concentration of hydrogen ions has increased, making waters more acidic. Earth’s oceanic pH has dropped by 0.1 in the last century, and is expected to drop by another 0.1 over the next several decades. For those who remember litmus tests in high school chemistry, Earth is losing blue. [Wired]

80beats: Acidic Oceans May Cause Clownfish to Swim Straight to Their Doom

80beats: Prepare for a Lobster-Full Future: Acidic Oceans Could Help Some Critters

80beats: No (Ear) Bones About It: Acidified Oceans Mess With Fish Physiology