Will Climate Change Really Spur Mass Migrations of Mexicans to the U.S.? 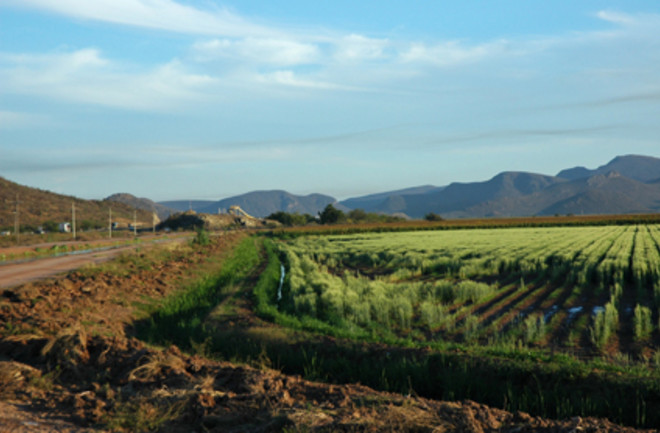 Every time governmentsfail to take serious steps on climate change, it seems the parlor game of predicting what our warmer world will look like heats up. And the newest of those predictions, appearing this week in the Proceedings of the National Academy of Sciences, pokes at what is presently one of the country's most sensitive spots: immigration. Michael Oppenheimer of Princeton published a study that estimates that between 1.4 and 6.7 million people could become climate refugees emigrating from rural Mexico to the United States between now and 2080. That's 2 to 10 percent of the present Mexican population, and it doesn't include people who would make the move for other reasons. Is it a major concern? Yes. How much stock should you put in those statistics? Not much. Oppenheimer and colleagues used projections of decreased agricultural output driven by rising temperatures to get these figures.

In the worst-case scenario would occur if temperatures were to rise by one to three degrees Celsius (1.8 to 5.4 degrees Fahrenheit) by 2080, if farming methods had not been adapted to cope with global warming and if higher levels of atmospheric carbon dioxide had not spurred plant growth. This would mean crop yields in Mexico would fall by 39 to 48 percent, the study said [AFP].

Other scientists agreed that a warming Earth could spur more migration, but questioned whether it is truly possible to disentangle climate change from other forces and pin statistics just on that.

The social consequences of global warming are always the hardest things to predict. Immigration rates are never driven by physics alone, but depend on plenty of other factors, such as U.S. border policies or the changing structure of Mexico's economy. And it's always difficult to tie specific social trends to climate change. People in rural areas have been migrating for a long time, whether to seek out work or because the rainfall's dried up or the soil's eroded [The New Republic].

that the fertility rate in Mexico has trended downward for decades. Its continued drop could cut into any migration increase tied to climate change. Douglas Massey, another Princeton professor, told the Los Angeles Times

that even if agricultural production worsens, Mexicans aren't going to come in a mass exodus in the U.S. unless there are lots of jobs here to be had. Oppenheimer himself free acknowledges the fudgy nature of predicting climate change's effects, and that while the numbers make for a sexy headline, you shouldn't take them too seriously. He says:

"Our intention was to show that this problem is a substantial one. Our goal was not to project specific outcomes 80 years from now but to show the magnitude of problems that policymakers ought to pay more attention to. I don't want to say that this will be the single biggest factor driving immigration, but it could become among the largest factors" [Arizona Daily Star].