Why Warmer Weather Makes Big Mountains: Snow Is the Enemy 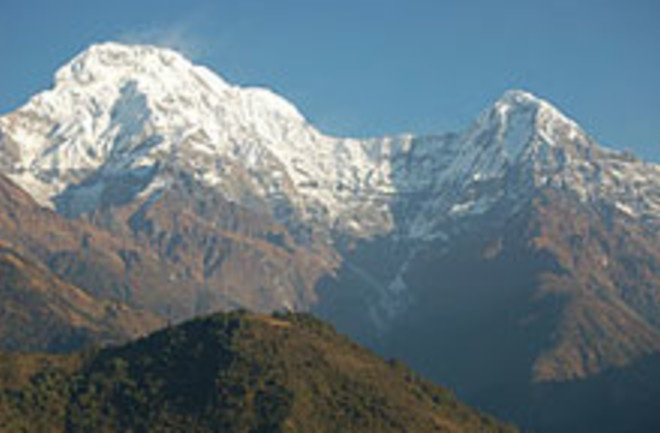 Scientists once thought that the intensity of the movement of the Earth’s tectonic plates determined how high a mountain could soar. But new research shows that it’s actually the efficiency with which colder climates erode mountains that limits their height, according to a recent study published in Nature.

The force of the tectonic plates pushing upwards, along with the strength of the Earth’s crust underneath the mountain and the force of erosion, all factor into a mountain’s height. All of the world’s highest ranges have strong underlying crust, but until now it wasn’t clear whether the world’s tallest peaks were dominated by strong uplift or minimal erosion. Using satellite images… researchers mapped all the major mountain ranges between 60° north and 60° south, plotting their land surface area against elevation [New Scientist]. They used a computer model to explore the effects of glacial erosion on these mountain ranges, and also looked at how each range’s latitude compared with its average snowline, or the point at which no significant amount of ice or snow accumulates on a mountain.

The study found that the location of a mountain’s snowline corresponds to the height of the mountain; in fact, a mountain peak rarely lies more than 1,500 meters, or a little less than 5,000 feet, above the snowline. In addition, when the snowline on mountains starts lower down… erosion takes place at lower altitudes. At cold locations far from the equator… erosion by snow and ice easily matched any growth due to the Earth’s plates crunching together [Guardian]. And closer to the equator, snowlines are higher due to warmer weather.

Overall, then, at locations near the equator, erosion cuts down less on a mountain’s height than it does nearer to the poles. For that reason, equatorial ranges are generally taller than polar ones. “Erosion processes are more effective above the snowline where glacial erosion dominates”[New Scientist], says co-author Vivi Pedersen. Below the snowline, rocks and rivers provide the main source of erosion, but these factors don’t break down mountains as efficiently as ice and snow.