Desalination technology has been around for decades. But turning salt into fresh water takes more energy and money than is often worthwhile. 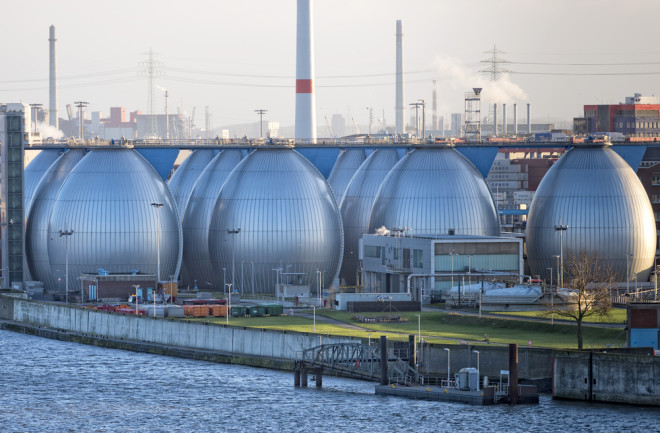 In places like San Diego and Dubai, where freshwater is scarce, humans turn to machines that pull the salt out of seawater, transforming it into clean drinking water.

This process, called desalination, has been turning sea and brackish groundwater into potable water since the mid-20th century. The technology could become increasingly important in the near future, as the rising temperatures and erratic rain patterns of climate change threaten freshwater supplies. Cities with growing populations and arid climates face the possibility of running out of water, as Cape Town almost did in early 2018. But desalination is also costly and energy intensive. Many researchers are working to improve the technology so it can reach more people — and address climate change without contributing to it.

Despite the challenges, the desalination industry is expected to grow around the world over the next several decades. “And it should grow because desalinated water is something which is completely climate-independent and generates very reliable amounts of good-quality water for use in different sectors,” says Manzoor Qadir, an environmental scientist at United Nations University.

Today, there are more than 15,000 desalination plants pumping out about 95 million cubic meters of desalinated water a day, Qadir says. About half of that water is produced in the Middle East and North Africa, regions with ample coastline, minimal freshwater resources and ready access to cheap fossil fuel energy.

Desalination technology started with the simple premise of boiling water. The first desalination plant, built in England in 1945, heated water so it evaporated as steam, leaving the salts behind, and then cooled down and condensed as freshwater. This heat-and-evaporate approach dominated early desalination, and is still common in older plants, particularly across the Middle East. But thermal desalination is very energy intensive, and therefore can be expensive, depending on the cost of energy supply.

In the 1960s, a new technology called reverse osmosis (RO) began sweeping the desalination world. RO works by pushing saltwater at a very high pressure through a series of fine polymer membranes that let water molecules through but catch larger salts and minerals. After the first RO plant was built in Kuwait, the technology spread quickly and now dominates about 70 percent of the global market, says Beatriz Mayor, a researcher at the International Institute for Applied Systems Analysis in Laxenburg, Austria.

While RO has dominated for decades — and is likely to continue doing so for decades to come, according to Mayor — researchers are constantly looking to make the technique cheaper, more efficient and less wasteful. Desalinated water is, on average, two to three times more expensive than more traditional water sources. One of the biggest expenses for a desalination plant is the energy used to keep it going.

But when it comes to energy, there’s a physical limit to how efficient these technologies can be, says John Lienhard, a mechanical engineer who has studied water purification and desalination at MIT for 30 years. It will always take a certain amount of energy to separate salt and water, he explains. And, thanks to improved membranes and energy recovery devices, many RO plants are already approaching this limit.

That’s not stopping researchers like Lienhard from trying to figure out how to reduce those energy costs further. For example, Lienhard’s group has done a lot of research on the benefit of desalinating in batches, rather than running the plant continuously, to save energy. Some researchers are looking at completely unique approaches, like using liquid solvents to separate water and salts with minimal energy.

Other scientists have turned to renewable energy as a way to reduce desalination’s greenhouse gas footprint and potentially reduce costs. Small prototype plants have started running on photovoltaic power, and Dubai is currently working on a project to power all of its desalination with solar energy by 2030. Other scientists are experimenting with solar power and the old thermal desalination process, using the power of the sun to heat and evaporate water. None of these approaches is ready to be implemented at a large scale, however.

The growing desalination industry will also have to deal with growing volumes of super-concentrated wastewater. Already, Qadir estimates 142 million cubic meters of brine are produced every day by global desalination efforts, about 50 percent more than the amount of freshwater produced daily.

Most brine is currently discharged into the sea and, if not done so responsibly, could threaten marine life that comes into contact with the super salty water and any chemicals left over from the desalination process. While the industry has ways of dealing with the waste, Qadir warns this could be a growing problem as the industry continues to scale up.

Even with these possible improvements, desalination today remains impossibly expensive for some countries, Qadir says. It can cost billions of dollars and take several years to build a desalination plant. While there is research aimed at making the process more accessible, affordability is still a limiting factor. “It’s very hard to hit price points accessible to people living on $2 a day, and that’s an area I’d like to see more done,” Lienhard says.

As the planet faces an uncertain water future, desalination is going to keep pumping out freshwater for thirsty cities. Whether it can do so while transitioning to renewable energy and reaching parts of the world that need it most remains to be seen.