Whose Side Are You On?

My eight year-old son is not a disinterested sports fan. He knows as much about European soccer as I do (which is zilch), but when we're in a barbershop for 15 minutes and Manchester is playing Barcelona, he asks me who we should root for. Ditto for the NBA All-Star game, which I let him stay up to watch (just the first half) this year. "Who do we want to win?" he asked me. Part of this stems from natural childhood competitiveness, but I'm sure it mostly owes to that tribal part of our evolutionary heritage. We are a species that defines ourselves by our alliances. Are you a Republican or a Democrat, a Yankee fan or a loyal member of the Red Sox Nation? Why should science and environmental debates be any different than sports? Look at the different tribes of secular skeptics that have formed in recent years, for example. Team Militant Atheist, led by the hard-charging PZ Myers and Richard Dawkins, play in-your-face ball, especially with anyone who suggests that atheism and science can coexist. Are you with them or are you with Team Spiritual Atheism, who are okay with experiences that have a "sacred" or religious quality to them? If you play in that world, you probably feel compelled to choose sides. The climate change arena is another us/them venue. There might be one side with a varied roster that shares a common goal: to reduce carbon emissions. But differences over how best to do that and how to communicate the challenge are not tolerated by some of the most passionate players. If the climate problem is viewed narrowly--with the good guys on one side and bad guys on the other--where does that leave those who who favor "multiple discourses" and approaches? With battle lines hardening and villains chosen, leaders of the climate movement are increasingly asking: Whose side are you on? Some, like Robert Kennedy Jr., are painting the good guys/bad guys showdown in comic book terms:

In the next decade there will be an epic battle for survival for humanity against the forces of ignorance and greed. It’s going to be Armageddon, represented by the oil industry on one side, versus the renewable industry on the other. And people are going to have to choose sides – including politically.

But what happens when even one of the good guys--a designated climate superhero--goes off script? In recent interviews, Al Gore has been challenged to explain the sale of Current TV to Al Jazeera, which as Jon Stewart noted, is “backed by fossil fuel money.” When the former Vice President stopped by the Daily Show several weeks ago to promote his new book, Stewart asked:

Can mogul Al Gore who has Current TV and sells it to Qatar, which is an oil-based economy, can mogul Al Gore coexist with activist Al Gore? If you couldn’t find for your business a more sustainable choice to sell to—

Gore cut him off: “I think it is sustainable. What is not sustainable about it?" “I mean, a non-fossil fuel based buyer,” Stewart finished. In other words, whose side is Al Gore on? UPDATE:A quirk in the commenting software is preventing comments. It should be fixed shortly. (This has been fixed/Ed.) 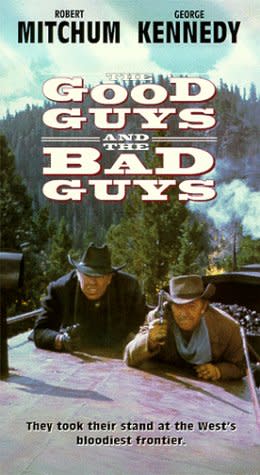