When the Sun Turns Off the Lights

The sun could create chaos by way of its coronal mass. 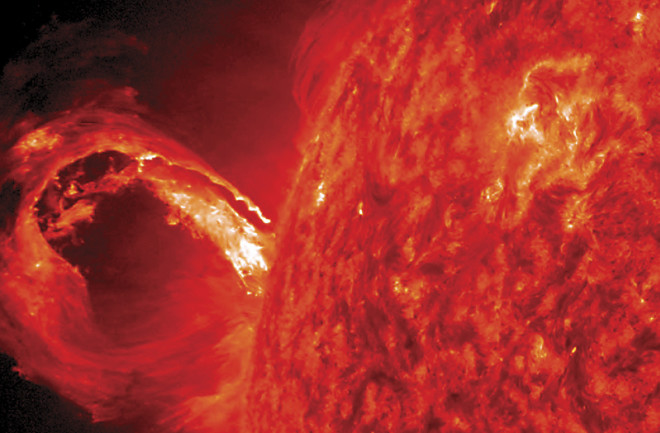 The sun’s power isn’t limited to lighting and heating our home planet — it could create chaos by way of its coronal mass ejections (CME). These intense releases of magnetic energy can, on rare occasions, cause geomagnetic disturbances on Earth. In 1989, a CME knocked out the power grid across Quebec for nine hours, with an estimated economic loss of $13.2 million.

For years, researchers have speculated on how a similar blackout would play out globally. According to a new study in the journal Space Weather, an event engulfing London, Paris, Moscow and most of mainland United States would be economically devastating. The outage would essentially halt business, transportation and government operations for days or weeks. If this scenario, the most extreme of the four the researchers developed, ever played out, the U.S. economy could lose up to $41.5 billion each day.

[This article originally appeared in print as "When the Lights Go Out."]