When Scientists Eat Their Own

E. O. Wilson and Jared Diamond have a few things in common. Both are ecologists, popularizers of science, famous best-selling authors, meme creators, and lately, objects of ridicule and academic rage. Let's recall that Wilson, before he became the bard of biodiversity, had withstood  a furious assault on his reputation after the publication in 1975 of his now classic text on sociobiology. Over his long, illustrious career, Wilson has revived one field, created another, coined the Biophilia Hypothesis, argued for a grand unification of all the branches of knowledge, and tried to find common ground with evangelicals. Lest we forget, he's also the world's foremost ant expert. More recently, Wilson has roiled the field of evolutionary biology and come under attack for his latest tome, The Social Conquest of Earth. The book has been chopped up into a meat grinder by some prominent scientists. Not everyone, though, has been so dismissive. One reviewer in Naturewrote:

Many of Wilson’s ideas in this book will stand the test of time.

That remains to be seen, of course. But what will assuredly stand the test of time is Wilson's body of accomplishments and his reputation as one of the greats of our time. Jared Diamond's polymath talents are similar to Wilson's and have resulted in similar achievements. Although Diamond is often identified as a geographer, he seems to have spent a good part of his professional career as an ecologist and ornithologist. In the 1990s, he authored two books that propelled him to fame, one of which was the Pulitizer-prize-winning Guns, Germs, and Steel. The book was widely praised by reviewers, but has been pegged as environmentally determinist. That tag has since stuck to Diamond (he was unfairly savaged by an anthropology blog called Savage Minds in the mid-2000s). It was cemented with his 2005 blockbuster, Collapse: How societies choose to fail or succeed. Again, anthropologists took Diamond to task for emphasizing environmental factors and not giving enough due to cultural ones. Some have written detailed critiques of the examples he chose for Collapse, which I discussed here. The most famous of these case studies for Diamond's Collapse thesis is Easter Island, which he first laid out in this 1995 Discover piece. In recent years, several archaeologists have forcefully challenged the historical (eco-cautionary) narrative that Diamond popularized for Easter Island. If you don't have time to read the book on that, see this July 2012 National Geographicpiece. Like Wilson's Social Conquest of Earth, Diamond's new book, The World Until Yesterday, has come in for blistering criticism. As indicated in this harsh review by Wade Davis, the main charge is the same:

Jared Diamond's failure to grasp that cultures reside in the realm of ideas, and are not simply or exclusively the consequences of climatic and environmental imperatives, is perhaps one reason for the limitations of his new book, The World Until Yesterday, in which he sets out to determine what we in the modern world can learn from traditional societies.

The larger criticism of the book goes well beyond that, which you can get a taste of in this NPR essay titled, "Why Does Jared Diamond Make Anthropologists So Mad?" There's also been a fresh wave of ugly attacks on Diamond that Razib Khan discusses here. In that post, Khan also condemns cultural anthropology as an agenda-driven field:

...by and large the reason that the discipline is properly thought of as an obscure, if vociferous, form of politics rather than a politicized form of analysis is that professional character assassins are thick on the ground in cultural anthropology.

After reading that, I could visualize the blood draining from the faces of the resident bloggers at Savage Minds. Khan's criticism reminded me of a gentler spanking that archaeologist Steve Lekson gave his colleagues in 2011 for the partisan, shrill tone of their unrelenting attacks on Diamond. (Lekson, who I've interviewed numerous times, is one of the most thoughtful--and thought-provoking--archaeologists I know.) Lekson acknowledges that Diamond gets stuff wrong, but

the vehemence of academic reaction to Diamond is, I think, far disproportionate to his sins – sins of omission, commission or (worst of all) failure to cite the critic. It is my opinion that much of the heat comes from Diamond’s success as a popular writer. It’s not jealousy — well, maybe a little: after all, the guy won the Pulitzer with our data. We don’t want anyone else to tell our story, even though we almost never tell it ourselves – accessibly. And, it must be said, there is antipathy, even hostility from academics towards popular writers, even when that popular writer is an academic.

Does the general public care, much less follow, any of this inside baseball? Unless there is a love child, a phony dead girlfriend, or a doping scandal involved, I doubt it. That doesn't mean the criticism leveled against Wilson and Diamond is insignificant. But the strident tenor of it would seem to undermine its merits. 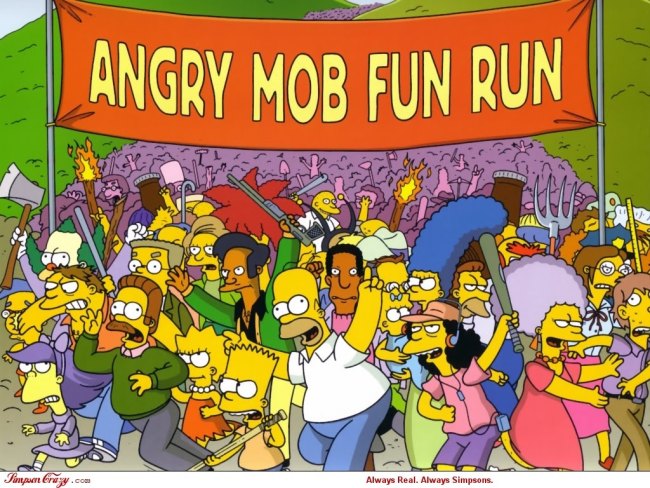