When China Makes Goods for the US, Who’s Responsible for the Emissions? 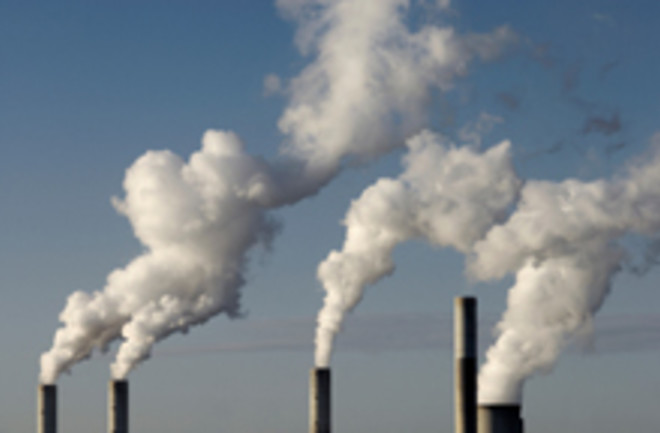 When researchers rack up the carbon emitted across the world, the standard trends emerge: Europeans put less CO2 into the atmosphere than Americans, but China's rapid ascent is sending its emissions shooting past those of the United States. However, this week in the Proceedings of the National Academy of Sciences, Stanford University researchers attempt to rejigger the numbers to reflect not just where the emissions are produced, but who is responsible for them—who's buying and consuming the products that cause those emissions. After study global trade databases, Steven Davis and Ken Caldiera say that in 2004,

23 per cent of global CO2 emissions – some 6.2 gigatonnes – went in making products that were traded internationally. Most of these products were exported from China and other relatively poor countries to consumers in richer countries [New Scientist]

. The researchers say that developed countries outsource about a third of the carbon dioxide emissions connected to their consumption. When you look at the numbers this way, the per capita emissions in Europe don't look quite as good:

If those emissions were tallied on the other side of the balance sheet, it would add more than four tons of CO2 per person in several European nations [TIME]

. The United States saw a lesser increase of 2.4 tons per person, though that's not really a cause for celebration. Part of the reason is that the country has more carbon-intensive exports than Europe, the study says, and under the new accounting those emissions are going on somebody else's books. The United States also takes in the lion's share of China's:

22.5% of China's emissions are generated during production of goods and services consumed overseas, and 7.8% are embodied in exports to the US alone [BBC News]

. This isn't the first time that climate change experts have raised the question of how much responsibility consumers bear for carbon emissions produced on the other side of the globe. Other studies are trying to crack this same problem, tracking "consumption" emissions rather than just the "territorial" emissions produced inside a country's borders. What they find could shake up how the world goes about trying to reduce emissions.

The U.N. system is built around the idea of capping carbon emissions from individual nations. But which country is responsible for the carbon emitted in global trade? The buyer or the seller? [TIME]

Related Content: 80beats: CO2 Emissions Are Rising. Or Falling. Actually, It's Both 80beats: If We Can’t Stop Emitting CO2, What’s Our Plan B? 80beats: The Snows of Kilimanjaro Could be Gone by 2022 80beats: Climate Bill Passes in the House, Moves on to Senate 80beats: Would You Turn Vegetarian to Slow Global Warming?Image: iStockphoto