What's the Temperature Today? Your Answer Depends on Your Political Beliefs 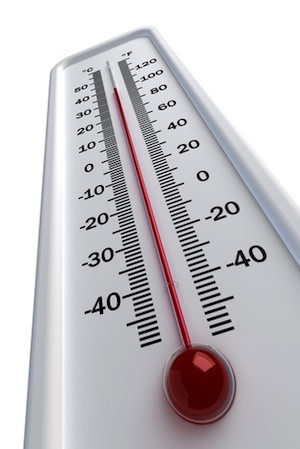 Have you noticed that it’s been hotter than usual lately? Your answer might reveal your ideology. Now, it's old news that American acceptance of global climate change is closely linked to political affiliation: As of 2011

, 77 percent of Democrats thought the Earth was getting warmer, but only 43 percent of Republicans agreed. We also already knew that when it gets hotter, more people of both affiliations say the Earth is warming

. But it isn't necessarily a one-way street. A new study

flips it around: Researchers have found that ideology can skew how people perceive local temperature trends. In other words, your answer to "Has it been hotter lately?" can reveal whether you're an individualist or more community oriented. Researchers looked at three years of surveys on the weather, divided them up by zip code, and compared residents’ answers to the actual weather in each area. It turned out that people correctly observed trends in weather events, such as floods and droughts. But on average, their perceptions of temperature trends had nothing to do with the actual climate. Instead, the best predictor of people’s answers was cultural affiliation. Strong individualists, whose dislike of rules makes them opposed to environmental regulations, believed that temperatures were the same, while egalitarians, who prioritize their group identities, were more likely to state that temperatures had increased. Because we have incorporated belief in climate change into our political and cultural identities---and temperature is strongly associated with global warming---the need to maintain our identities skews our perception of reality. [via Ars Technica