Nearly two decades ago, an environmental historian published a scholarly essay that enraged the environmental community. William Cronon, author of the seminal Changes in the Land (a book that deeply influenced me and many others) and the brilliant (equally influential)

began his provocative essay this way:

The time has come to rethink wilderness. This will seem a heretical claim to many environmentalists, since the idea of wilderness has for decades been a fundamental tenet—indeed, a passion—of the environmental movement, especially in the United States. For many Americans wilderness stands as the last remaining place where civilization, that all too human disease, has not fully infected the earth. It is an island in the polluted sea of urban-industrial modernity, the one place we can turn for escape from our own too-muchness. Seen in this way, wilderness presents itself as the best antidote to our human selves, a refuge we must somehow recover if we hope to save the planet. As Henry David Thoreau once famously declared, “In Wildness is the preservation of the World.” But is it? The more one knows of its peculiar history, the more one realizes that wilderness is not quite what it seems. Far from being the one place on earth that stands apart from humanity, it is quite profoundly a human creation—indeed, the creation of very particular human cultures at very particular moments in human history. It is not a pristine sanctuary where the last remnant of an untouched, endangered, but still transcendent nature can for at least a little while longer be encountered without the contaminating taint of civilization. Instead, it’s a product of that civilization, and could hardly be contaminated by the very stuff of which it is made. Wilderness hides its unnaturalness behind a mask that is all the more beguiling because it seems so natural. As we gaze into the mirror it holds up for us, we too easily imagine that what we behold is Nature when in fact we see the reflection of our own unexamined longings and desires. For this reason, we mistake ourselves when we suppose that wilderness can be the solution to our culture’s problematic relationships with the nonhuman world, for wilderness is itself no small part of the problem.

It's a long, trenchant piece that was first excerpted (clumsily, I believe) in the New York Times magazine. It immediately triggered a furor (which I have previously discussed). Since then, a modernist green perspective has emerged, further challenging outdated environmentalist metaphors and orthodoxy. As I wrote in Slate last month, this modernist green outlook has a "broader ecological view." It is unclear if traditional, mainstream environmentalists (who drive the environmental discourse and agenda) will be able to escape their nature-centric legacy and put the needs of people on an equal footing. This is not to say that environmental groups ignore important societal concerns. Obviously, public health issues (such as pollution) are a big part of environmental activism. But make no mistake, groups like the Nature Conservancy, Environmental Defense Fund, the Natural Resources Defense Council, the Sierra Club, and the Wilderness Society are in the business of protecting nature. Mind you, I think that's important business. There should be devoted watchdogs with clout who are looking after nature. After all, this often translates into the protection of vital ecosystems, watersheds, prairies, forests, rivers, animals and plants. And yes, wilderness, too--even if that is something we created as an unnatural sanctuary to commune with nature. I like to escape to wild places, either via a raft or a meandering hike. I like vacationing in Canyonlands and Yosemite with my family. I spent a sizable chunk of my career as an editor at an environmental magazine. So I don't want environmental groups to go out of business. I don't want them to stop caring about nature. But, paraphrasing Cronon, I would like them to rethink nature for the Anthropocene. It's not my job to say what nature should mean in a world shaped primarily by humans--I'm still working it out, myself--but I know others feel this is a discussion we should be having. I'm also not the only one who thinks environmental discourse and policy should stop being dominated by "horror stories." Why is this important for the future of environmentalism, as I recently indicated? The journalist Paul Voosen scratches the surface here:

Over the past few years, the Anthropocene has become a defining idea of environmentalism. It does much in little space. It ends the separation of humanity from nature. It changes the discussion for a politicized electorate weary of global warming. It broadens the tent, encircling a host of realities: biodiversity loss, resource scarcity, population growth.

In other words, the nature/human dichotomy that has animated environmentalism since its inception no longer applies. This is a point that I made recently to Jon Christensen's UCLA class, Environmental Communications in the Anthropocene, when I visited there several weeks ago. What this entails is something that I think environmentally-minded people are grappling with at the moment. There's an ambivalence about the Anthropocene that is palpable. I saw it in Jon's class when the subject of my controversial Slate essay came up and he asked students if they considered themselves modernist or traditionalist-minded greens. The ratio was split roughly 50-50. As Andrew Revkin said in his New York Times Dot Earth blog:

Taking full ownership of the Anthropocene won’t be easy. The necessary feeling is a queasy mix of excitement and unease.

This is made all the more difficult because many of us have a complicated relationship with science and technology. The Anthropocene forces us to think hard about genetically modified crops, nuclear power, and perhaps most important of all, an underlying tenet of contemporary environmentalism--the precautionary principle, which the French sociologist Bruno Latour and others believe we should reconsider. How many environmentalists are ready to go that far? I'm betting not many. Jon Foley, the director of the Institute on the Environment at the University of Minnesota, has a new essay that challenges the strategies and priorities of environmentalists. He starts off:

We are supposed to be in the business of changing the world. The question is: Are we?

I think an even better question--perhaps one Jon will take up in a future essay--is: What do we want to change the world to? That's the million dollar question the Anthropocene suggests to me.

[This is the second of a two part meditation on the Anthropocene. Part one is here.] 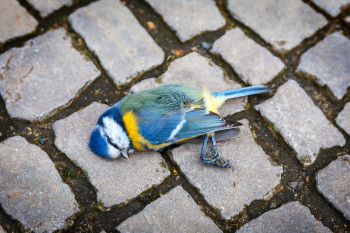 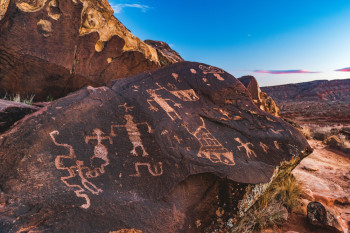 EnvironmentPetroglyphs in the U.S.: What Native Communities Want You to Know About These Rock Carvings