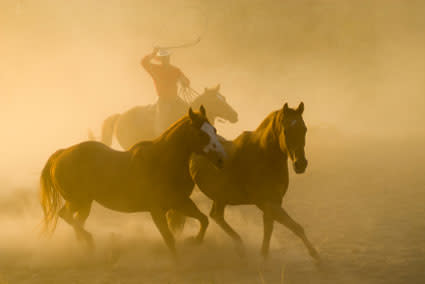 • Are stars secretly zombie cannibals? A new study suggests that "dead" stars may consume their healthy neighbors, thus creating a large and mysterious cloud of antimatter in the center of the galaxy. Look for George Romero's take, coming soon to a theater near you. • A Bosnian man claims his home has been targeted by aliens, after the house was hit by meteorites five times. But before you write him off, consider this: Experts at Belgrade University have confirmed that the rocks are genuine. • Will the human race be forced to go vegetarian by 2050? Dot Earth blogger Andrew Revkin discusses the first international conference on meat production, and whether meat will remain a sustainable food source in the future. • It turns out the stereotypical square scientist might not be so accurate after all: a poll by Nature of its readers found that 20 percent admitted to using admitted to using drugs, including Ritalin and beta-blockers, to boost their concentration. • Questionable study of the week: a University of Aberdeen and University of St Andrews study of 700 twenty-somethings concluded that men and women can determine by the shape of a potential mate's face whether he or she is more interested in a short-term fling versus a long-term relationship. • Pollution put to good use? Researchers are developing a means of capturing the carbon dioxide emitted from power plants and turning it into a range of plastic products, from DVDs to eyeglass lenses.