Warm Waters Are Causing The Earth To Dim

Satellite data reveals that cloud cover is disappearing over the Pacific, leading to less reflectivity 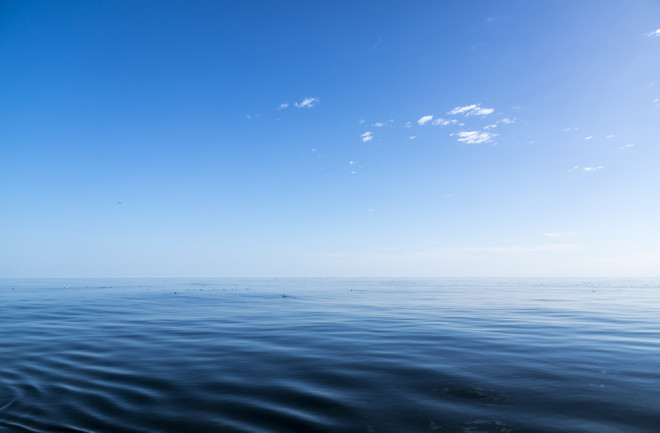 New research tracking the albedo of our planet—its ability to reflect sunlight—has revealed that a complex interplay of periodical weather patterns in the Pacific Ocean affects our overall cloud cover, especially in the sky west of the Americas. This in turn has a large impact on the amount of light absorbed rather than reflected from the Earth.

“The reflectivity of the Earth is mainly a story of clouds,” says Philip Goode, a physics professor at the Big Bear Solar Observatory run by the New Jersey Institute of Technology.

Goode and his colleagues were examining data gathered from the Big Bear Solar Observatory in Southern California from 1998 to 2017. They examined both the amount of light reflected off the surface of the Earth onto the moon and back, called earthshine, and satellite measurements of the Earth.

In a study published recently in Geophysical Research Letters, they found that on average the Earth reflects about half a watt less light per square meter than it did 20 years ago.

“What we saw is a short drop in reflectance,” Goode says.

The Earth reflects about 30 percent of the sunlight that hits it, and overall, it has decreased in reflectance by about 0.5 percent.

The dimming of the Earth didn’t correspond to the natural changes in brightness of the sun. In fact, researchers wouldn’t have noticed this dimming if they hadn’t looked at the full 20 years of data, Goode explains. Part of the reason has to do with periodic climate fluctuations known as the Pacific Decadal Oscillation. This long-term cycle is similar to the El Niño cycle but lasts a bit longer and is essentially the result of the Pacific Ocean sloshing back and forth to east and west in a cycle that lasts roughly 20 to 25 years.

Thanks to the precision of the NASA Clouds and the Earth's Radiant Energy System (CERES) project, a satellite that measures the Earth’s radiation and cloud cover, the researchers could tell that the ocean was warmer off the West Coast of the Americas at the end of the study period in 2016-2017 when the ocean sloshed east.

Corresponding with the warmer waters, the cloud cover over the Pacific off the West Coast of the Americas declined on average. “The clouds overhead seemed to disappear,” Goode says.

It’s unclear exactly how this happens. But it could be that more of the sunlight coming in gets absorbed by the ocean. It’s also unclear so far as to what happens to the extra watt of light per square meter that is no longer reflected by the Earth. It could be part of the reason the Earth is experiencing global warming as reflectivity is one of the main things controlling our climate —along with the sun’s brightness and the blanket effect of greenhouse gases like methane and carbon dioxide. “More heat is coming in, less heat is being reflected,” Goode says.

It's possible also that climate change is making this warm water period off the West Coast of the Americas even warmer every 20 years, but the cloud cover wasn’t measured the last time this happened two decades ago. Goode says that he and his colleagues will work with the CERES researchers to try to learn more about this process.

Edward Schwieterman, a planetary scientist at the University of California at Riverside who was not involved in the new study, said in a press release that some scientists hoped that a warming climate might result in more cloud cover, and therefore more reflectivity. But this study “shows the opposite is true.”