Wake of the Flood Fractals 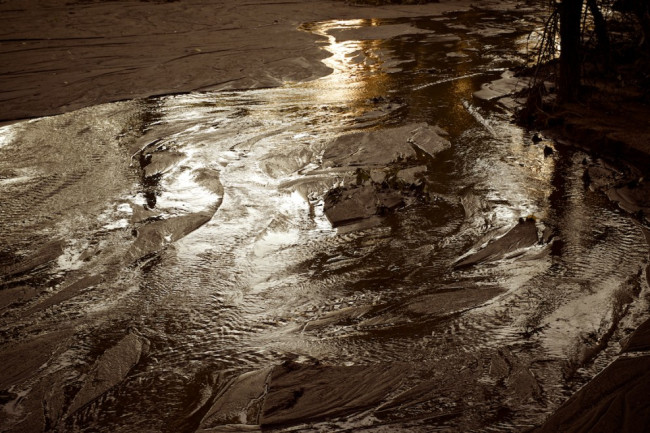 A new but ephemeral tributary of Left Hand Creek near Boulder, Colorado catches the sun's fading light. (Photo: © Tom Yulsman Since the epic rainfall and subsequent flooding that hit Colorado's Front Range beginning two weeks ago, I've been going back to a couple of places near where I live to document the aftermath of the deluge with my camera. Among many things, I've been struck by how Left Hand Creek, an ordinarily tame stream that pours out onto the plains from the foothills of the Colorado Rockies, jumped its banks and transformed its floodplain for hundreds of yards on either side. The waters are receding now, in places leaving behind a fractal pattern of rivulets and sediments like the one in the photograph above. Fractals are self-similar patterns, meaning they are similar at different scales. The pattern in that photograph is repeated at a larger scale in this photograph from the day before: 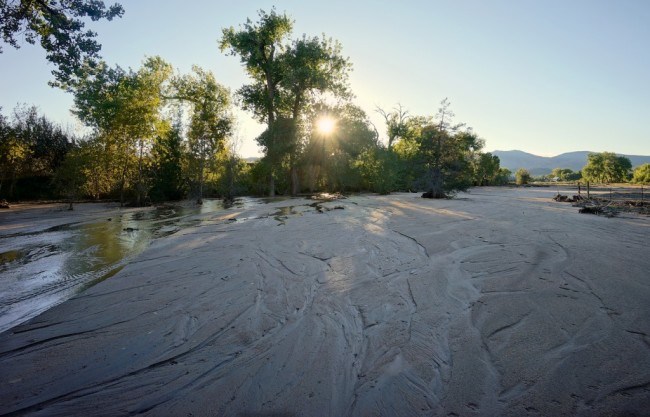 As the flood waters of Left Hand Creek recede in the wake of Colorado's deluge, a fractal pattern emerges in the sediments left behind. (Photo: © Tom Yulsman) And this kind of pattern can be seen at a much larger scale, as in this photograph of a river in New Zealand: 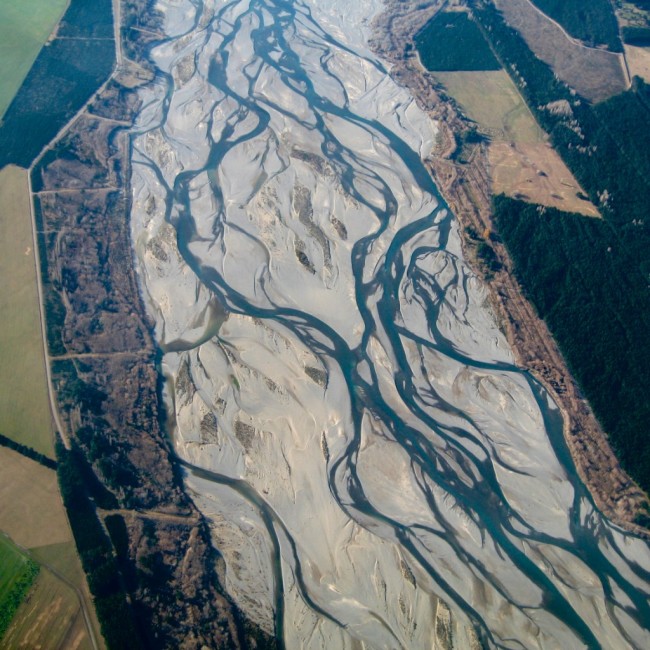 Waimakariri River, Canterbury, New Zealand. (Source: Greg O'Beirne, GFDL/Creative Commons) The flooding here in Colorado has killed eight people, destroyed more than 1,800 homes, and caused untold misery among the many thousands of people whose homes and businesses were damaged. But in its aftermath, nature is asserting itself in a beautiful way as well. In the days and weeks ahead, I'll try to keep documenting it.