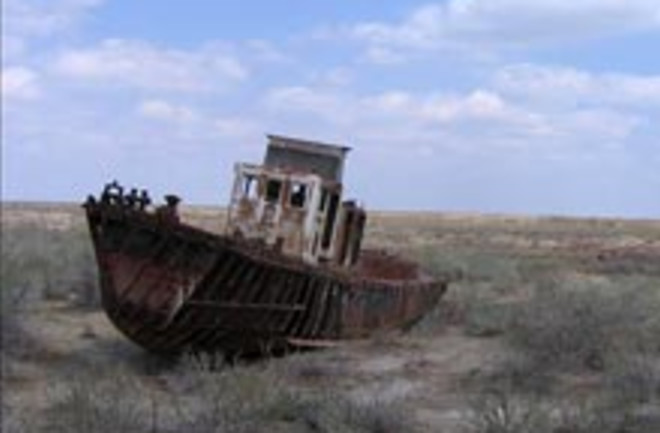 Several hundred stone-throwing protesters disrupted the opening of the World Water Forum, an international gathering in Istanbul designed to address the growing demand for fresh water, and to find ways to avert conflicts over the limited resource. Outside the meeting riot police clashed with stick-wielding protesters, eventually using tear gas and water cannons to break up the protest. The police also arrested 17 activists who tried to enter the meeting hall. The need for new environmental policies was highlighted last week when the United Nations warned that nearly half of the world's people will live in areas with acute water shortages by 2030.

U.N. Secretary-General Ban Ki-moon has said water scarcity is a "potent fuel for wars and conflict." Water shortages have been named as a major underlying cause of the conflict in Darfur in western Sudan. Water is also a major issue between Israel and its Arab neighbors, and the states of Central Asia, one of the world's driest places, where thirsty crops such as cotton and grain remain the main source of livelihood [Reuters].

But the protesters denounced the meeting

as a front for multinational companies seeking profits and promoting privatisation.... They say that the council, aided by the World Bank, has driven projects that have raised water costs and worsened scarcities in the developing world [The Guardian].

Chile has provided the starkest example of how water privatization can leave poor citizens without access to the vital resource, as water resources are considered private property in Chile and can be traded with little government oversight.

Private ownership is so concentrated in some areas that a single electricity company from Spain, Endesa, has bought up 80 percent of the water rights in a huge region in the south, causing an uproar. In the north, agricultural producers are competing with mining companies to siphon off rivers and tap scarce water supplies, leaving towns like [Quillagua] bone dry and withering. “Everything, it seems, is against us,” said Bartolomé Vicentelo, 79, who once grew crops and fished for shrimp in the Loa River that fed Quillagua [The New York Times].

Related Content: DISCOVER: From Toilet to Tap wonders whether filtered sewage is the water of the 21st century DISCOVER: Everything You Know About Water Conservation Is Wrong