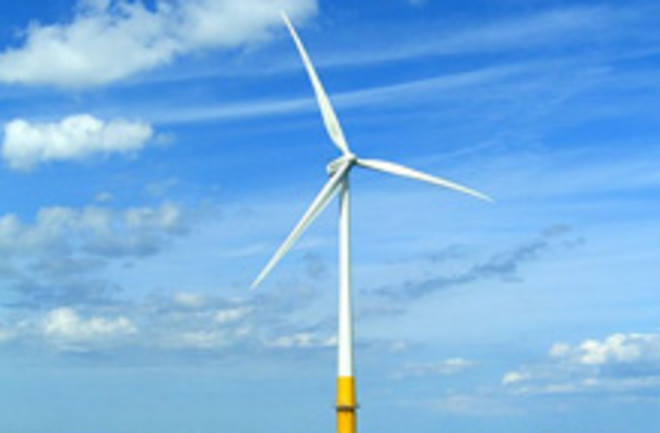 The U.S. Interior Department announced new rules today that will allow the first offshore wind turbines to go up along the Atlantic Coast, including the site near Cape Cod that the Kennedy family famously opposed. In an Earth Day speech from Iowa, President Obama announced the new rules, which

will set long-awaited guidelines for offshore leases, easements and royalty payments that the Bush administration worked on for years but did not complete [

[Los Angeles Times], an encouraging finding for Obama, who has been delaying the Bush-planned expansion of offshore oil drilling since entering office. The new plan is attractive because offshore winds are stronger and more reliable, and because the turbines would be closer geographically to large population centers—a key advantage since transporting wind-produced energy is still an obstacle to its large-scale development. The administration is trying to help overcome some of the other obstacles facing the development of wind power as an alternative energy source, in part by devoting stimulus funds to improving offshore turbine blades: offshore wind turbines cost more than traditional wind turbines. Current technology also limits the turbines to shallower waters such as those found off the East Coast, which has less powerful winds[Los Angeles Times] than those found off the shore of California. The ruling opens the way for a wind farm in Nantucket Sound off Massachusetts' Cape Cod, which some locals opposed, saying that the turbines would be a blight on the scenic landscape. Many environmentalists argued that the opposition was based on selfishness, as the turbines would sometimes be

visible from some of the most expensive summer homes and private beaches in the US, most notably the Kennedy family compound in Hyannisport [The Independent].

But that project, from Cape Wind Associates, now has the support of the Massachusetts state government, and may be under construction by 2010. A project off the coast of Rhode Island is also ready to get underway, and Obama said interest is high in putting wind-power turbines off the coasts of New Jersey and Delaware [Bloomberg]. Related Content: 80beats: Windmills on NYC Skyscrapers Sound Cool, but Wouldn’t Work 80beats: Small Underwater Currents Could Be the Next Big Thing in Alternative Energy