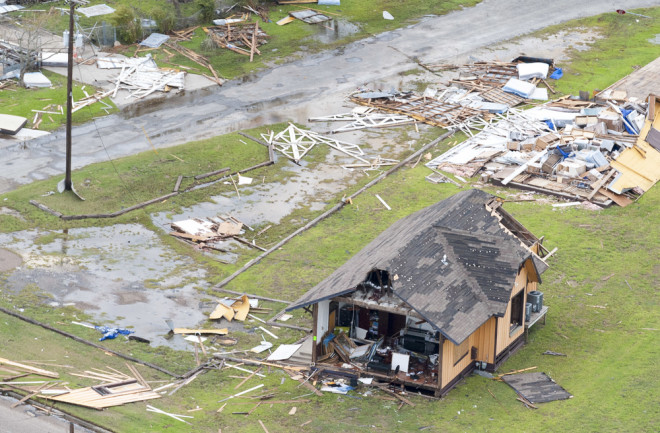 The death toll from hurricanes Harvey, Irma and Maria numbers in the thousands. Excessive rain and flooding from the Atlantic hurricane season led to damages that cost at least $265 billion. Now, two new studies show how human activity is at fault.

“Tropical cyclones can have really strong impacts on people’s lives,” Christina Patricola, a climate scientist with the Lawrence Berkeley National Lab in California, who led one of the new studies, said. “I wanted to be able to develop a better understanding of what drives changes in these events with the ultimate goal of being able to provide more reliable information that could be used to advance resilience to extreme weather events.”

Climate change is a potential culprit for the destructive storms, but scientists have not yet reached a consensus on whether the changing climate has had an influence on tropical cyclones. Part of the problem is that the storm record only goes back so far.

Nowadays, scientists use satellites to monitor tropical cyclone activity, but before the technology provided such vast coverage, researchers observed storms by ship, which meant they often missed many of them. The incomplete record makes it challenging for scientists to see if trends in storm activity are from climate change or are due to natural fluctuations. Because of these kinds of uncertainty, scientists turn to climate models.

In the new research, Patricola and colleagues used high-resolution climate simulations to determine what hurricanes Katrina, Irma and Maria might have looked like if they had happened in pre-industrial climates. Climate change did not affect the storms’ wind speeds, Patricola found, but it enhanced rainfall from the hurricanes. Total storm rainfall for the hurricanes increased by 4% to 9%, the researchers report today in the journal Nature. The finding means climate change is already influencing tropical cyclones.

But climate change is only one way humans are intensifying tropical storms. Gabriele Villarini, a civil and environmental engineer at the University of Iowa in Iowa City, found urbanization plays a role, too. When Hurricane Harvey dumped more than four feet of rain on the city of Houston within five days in 2017, the urbanized environment helped worsen the effects of the deluge. Villarini compared simulations of the hurricane falling on Houston to ones of the storm happening over croplands. The side-by-side revealed that the city’s topography exacerbated both the total amount of rainfall and the extent of flooding from the tropical cyclone, he reports in a separate study also out today in Nature.

The work “highlights a need to better understand the risk associated with the interconnection of the built environment and hurricanes,” Villarini said.

Patricola agrees that there is more work to be done. She wants to know how climate change affects tropical cyclone numbers, their landfall rate and location, how quickly the storms move and their storm surge — considerations that could help cities improve their resilience against future storms.