Tornadoes On The Move

More tornadoes east of the Mississippi mean more storm-related deaths, but it’s still not clear if climate change is to blame. 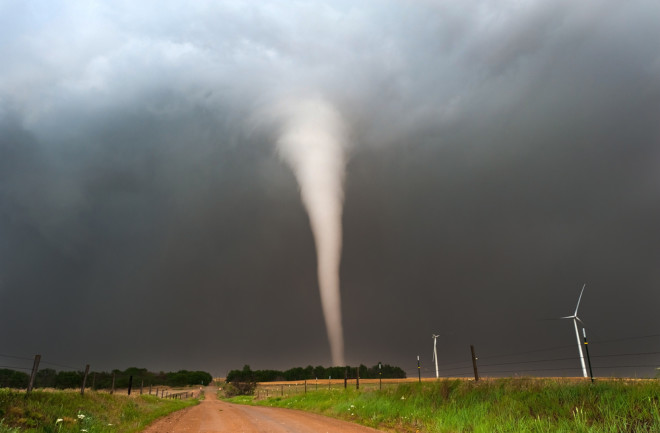 A landmark 2018 study found that the location of tornado activity in the United States has changed. Since 1979, fewer tornados have occurred in some portions of the central and southern Great Plains, while more have occurred in the Midwest and Southeast.

Much of the press coverage of this research referred to the phenomenon as an eastward “shift,” with headlines such as, “Tornado Alley is Shifting East.” But Harold Brooks, a research meteorologist at the National Oceanic and Atmospheric Administration's National Severe Storms Laboratory and co-author of the 2018 study, says "shift" is not quite the right word. He prefers to call it an expansion. The area getting slightly fewer tornadoes — parts of Texas, Oklahoma and Colorado — is much smaller than the area seeing an increase, he explains.

Brooks also points out that it’s important to grasp the details of this expansion. The areas getting more tornadoes already had a lot of them. The change in tornadic activity — which Brooks describes as a maximum 10 percent increase in one area and a maximum 10 percent decrease in the other — is statistically significant, but whether that 10 percent change is noticeable to an individual depends. For a state emergency manager, for example, a 10 percent change is a big deal because it means the agency will need 10 percent more (or fewer) resources for severe weather response.

On the other hand, the average person is not likely to notice the difference. A storm that may have been a one-in-ten-year event is now a one-in-nine-year event in the areas seeing an increase, or a one-in-11-year event in the area seeing a decrease, Brooks explains. This change doesn’t mean people should alter their storm-preparation plans, he says. The fact is, if you live in any of these areas, you need to have a plan for surviving tornadoes.

One thing is different, though: The areas that are seeing an increase in tornadic activity, particularly the Southeast, are more vulnerable to the storms that do come through. For one thing, there are a lot more hills and trees in the Southeast than on the Great Plains. That makes it more difficult to see storms coming, not to mention the storms can then leave behind more debris.

Is It Climate Change?

Of course, there’s one big question on everybody’s mind: Is climate change the culprit? “My gut feeling is that it probably is,” says Brooks. “But I can't prove it.”

As Tom Di Liberto puts it, “Tornados are hard.” Di Liberto is a climatologist with CollabraLink and works at NOAA’s Climate Change Office. It takes certain ingredients to make a tornado, and a warmer climate adds some of those ingredients, he says.

The time period covered by the 2018 study also happens to coincide with the time we began to see rapidly warming temperatures globally. And climate models show increased temperatures will likely lead to more severe weather. But getting down to the level of tornadoes is another matter. Di Liberto uses the analogy of baking a cake. Just like flour and sugar and butter aren’t enough to make a cake, a warmer, moister environment won’t necessarily lead to more tornadoes. Both researchers agree that connecting the dots to determine whether this change in tornado patterns is thanks to climate change will take a lot more work.