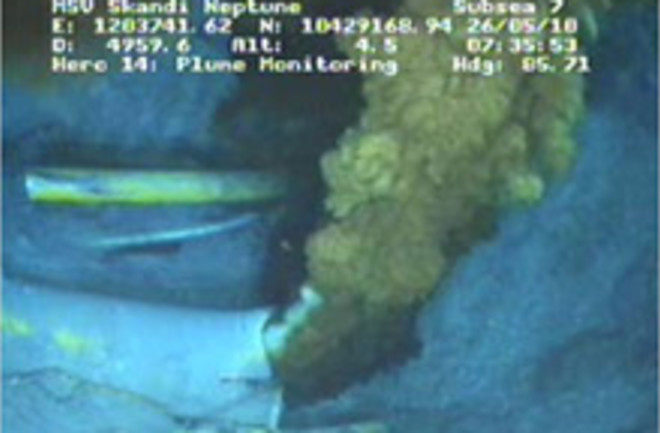 It's on. Today the U.S. Coast Guard gave its approval to BP's "top kill" plan to finally cap the oil spill, and at 2 p.m. Eastern time, the company got started. BP leaders warned that it may take a couple of days before they know for sure if it worked, but now say they will maintain the live video feed during the top kill attempt.

A successful capping of the leaking well could finally begin to mend the company’s brittle image after weeks of failed efforts, and perhaps limit the damage to wildlife and marine life from reaching catastrophic levels. A failure could mean several months more of leaking oil, devastating economic and environmental impacts across the gulf region, and mounting financial liabilities for the company. BP has already spent an estimated $760 million in fighting the spill, and two relief wells it is drilling as a last resort to seal the well may not be completed until August [The New York Times].

This procedure is no sure bet, because a top kill hasn't been attempted 5,000 feet down in the sea before. BP's CEO Tony Hayward estimates the percentage chance of success in the 60s.

The procedure requires an elaborate and precise orchestration among five vessels at the surface, whose duties range from housing pumping equipment to storing a total of 50,000 barrels of drilling mud, and several remote-controlled undersea robots. If all goes as planned, the dense mud will be pumped through a single 6-5/8-inch-diameter drill pipe from one vessel, which will then enter two 3-inch-diameter hoses. Those hoses will deliver the material to the sea floor, where they will intersect with the choke and kill lines of the damaged blowout preventer, which sits atop the well [Christian Science Monitor].

Whether this works may depend on whether the weight of the mud is enough to push the oil back into the well, which isn't certain. If it fails, the junk shot option

—trying to plug up the leak with tires and golf balls and other trash—is still on the table. Recent posts on the BP oil spill: 80beats: Oil Spill Now on 65 Miles of Shoreline; BP Will Try a "Top Kill" to Stop the Leak