To Save the Planet From Global Warming, Turn the Sahara Green 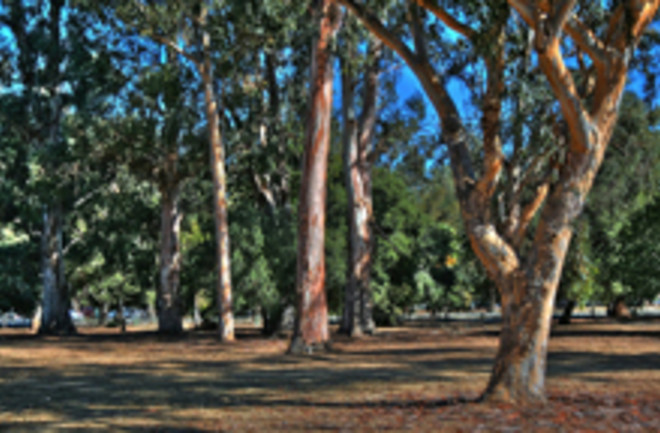 A team of researchers has come up with a simple plan to halt global warming: All we need to do is turn both the Sahara and the Australian outback into vast, shady forests. While that might sound so ambitious as to be absurd, the climate scientists say the project would be no more expensive or technologically challenging than some of the other geoengineering schemes that are currently under discussion. And researcher Leonard Ornstein says it would certainly get results.

Ornstein says that if most of the Sahara and Australian outback were planted with fast-growing trees like eucalyptus, the forests could draw down about 8 billion tons of carbon a year--nearly as much as people emit from burning fossil fuels and forests today. As the forests matured, they could continue taking up this much carbon for decades [ScienceNOW Daily News].

The study, published in the journal Climatic Change, proposes huge desalinization plants on the North African and Australian coastlines to convert sea water to fresh water, and a system of aqueducts and pumps to move the water inland. The young forests would be nourished with drip irrigation to prevent water loss through evaporation, and the sandy wastelands would chang into endless groves of heat-tolerant, tropical trees like eucalyptus. All that water engineering would come at a steep price--about $2 trillion per year--but the researchers say that cost isn't much more than the projected cost of capturing all the carbon dioxide emissions from the world's power plants and burying them deep underground. They also note that carbon capture and storage technology is still untested on the commercial scale, while everyone already knows that forests work as carbon sponges. But like other proposed geoengineering schemes, the researchers note that planting

these forests might have side effects. The increased moisture could trigger plagues of locusts in Africa, just as the odd wet year does now. It could also dampen existing soils, stopping iron-rich dust from blowing off the Sahara and into the Atlantic Ocean, where it nourishes sea life, the study points out [ScienceNOW Daily News].

Related Content: 80beats: If We Can’t Stop Emitting CO2, What’s Our Plan B? 80beats: Architects Propose Fantastic Greenhouses Across the Sahara 80beats: Stone-Age Graveyard in the Sahara Recalls an Era of Lakes and Wetlands