Every year, 8 million tons of plastic get dumped into the ocean. Scientists want your help tracking where it comes from and where it goes. 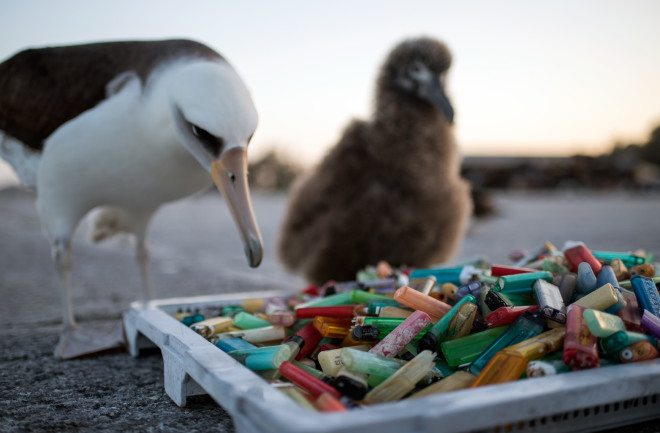 Plastic pollution in our oceans is a major ongoing global crisis. Researchers estimate that 8 million tons of plastic end up in the ocean every year. Much of the plastic is dumped carelessly, on land or in rivers, and then carried or blown into the sea.

Nearly 700 species, including endangered ones, are already known to be affected by plastic pollution, as reported by National Geographic. But it is possible to fight plastic pollution. A citizen science project, called Marine Debris Tracker, is taking a stand and helping create a better understanding of the problem as a whole.

What is the Marine Debris Tracker?

The Marine Debris Tracker is a project working to create a bigger picture of global plastic pollution. Volunteers from around the world can easily track any litter they see on the ground through a phone app. Created in partnership with the University of Georgia and the National Oceanic and Atmospheric Administration (NOAA), the app is a platform for the different projects from each partner.

Discarded fishing gear, broken bottles and cigarette butts are just a few of the marine debris people find discarded along coastlines and waterways. These items are so common that many people may just ignore them when they see them on the ground. But by documenting the pollution found along coastlines and waterways, volunteers can characterize the pollution plaguing the area.

The app lets individuals get involved with local and global data collection. Volunteers can easily document the litter they find. The app records the location through GPS, and allows volunteers to select debris items, include a description and attach an image. Then, scientists can take the information and create an understanding of plastic pollution — and other kinds of litter — as well as how to prevent it.

Since the app is a platform for a variety of projects, the goal is to have the varying datasets “talk to each other.” In doing so, the app can create a usable, open-access database. And by providing the public with this comprehensible database, people can gain a better understanding of marine pollution and researchers can generate scientific findings and inform policy.

How Much Plastic is in the Ocean?

Plastic pollution has increased exponentially over time. Plastic production took off after World War II, with scientists estimating a production of 8.3 billion tons since the early 1950s. While plastic consumption is heavily intertwined with and has transformed our daily lives, the production level has reached a point that humanity can’t deal with the volume.

The plastic that ends up in the oceans is extremely detrimental because of the amount of time it takes to decompose. That’s because the plastics we use usually contain additives, which make the plastic more durable, flexible and stronger — while also making it take longer to decompose. Some estimates suggest plastic takes up to 400 years to decompose. And plastic is often difficult to recover once it enters the ocean.

However, unlike other crises, like climate change, plastic pollution is preventable. It’s a matter of better understanding litter distribution and making a conscious effort to fix it.

The Marine Debris Tracker is a user-friendly app, funded in part by Morgan Stanley and National Geographic. Users from all around the world can join and help track the litter they see on the ground. Not only are participants helping expand the database, but they are also helping mitigate the litter that enters the oceans.

The Marine Debris Tracker is designed for beach and waterway cleanup data collection. Rather than carrying a paper data card, volunteers can easily use the app to log what they discover as they find and pick it up.

While it may seem like this project is limited to people on the coasts, the opportunistic data collection from members in all regions can help inform the research. Anyone, whether on the coast of Florida or along a stream in Michigan, can participate and log their findings. This broader view will help scientists understand how plastic moves through ecosystems.

“We are not just having a small group of people do really dedicated science,” said Kathryn Youngblood, the citizen science manager for the Marine Debris Tracker project. “[We are] trying to attract a really broad audience to opportunistically collect data when they can.”

Andrea Dautant is a graduate from the University of Florida. She earned a B.S. in agricultural education and communication, with a focus in communication and leadership development, and a minor in mass communication.