Tiny Island, Fought Over by India & Bangladesh, Vanishes Into the Sea 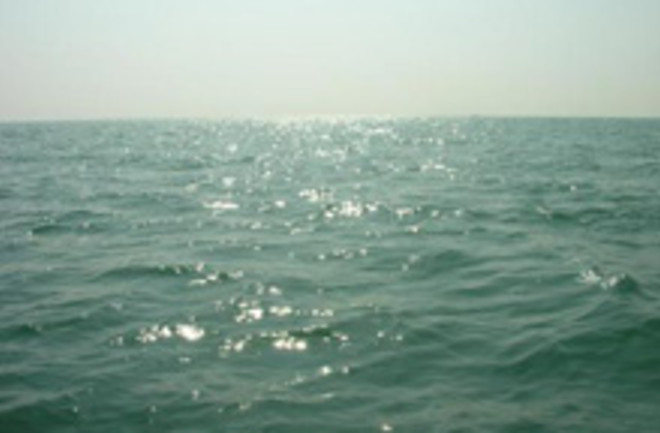 Remember that time you and your sibling couldn't stop fighting over a toy, so your mom wouldn't let either one of you have it? It seems the same thing happens to unhappy neighboring countries and Mother Nature. The island in the Bay of Bengal that Bangladesh called South Talpatti and India called New Moore or Purbasha appeared after a devastating cyclone, and it appeared right near the territorial boundary between the two. Decades of fighting over the uninhabited speck of land led to no political resolution. But now there's a perfectly clear geographical resolution: The sea has reclaimed the island, scientists say. According to oceanographer Sugata Hazra, the island was never very big, peaking at around 1.3 miles by 1.1 miles.

The island began shrinking in the 1990s, part of an 81-square-mile decline in land mass in the Bay of Bengal's Sunderbans mudflats over the last 40 years, Hazra said. And 27 square miles more has been lost to erosion. In the 1990s, the island was only 2 meters above sea level [Los Angeles Times]

. Some experts say that in addition to erosion, rising sea levels caused by global warming are also to blame. Oceanographer Sugata Hazra, who discovered the island's disappearance while looking at satellite photos, argues that

And this island is hardly alone in its shrinkage; people have already abandoned other isles in the bay.

The island of Lohachara was abandoned in 1996, while 48 per cent of Ghoramara is reportedly underwater. Thousands of so-called climate-change refugees have already fled. At least 10 other islands are said to be immediately at risk [The Independent]

. So why did the two nations spend so much time fighting over a tiny island with no future? Location, location, location. It sits right in the mouth of the Hariabhanga River, the boundary between India and Bangladesh.

Technically, possession of the island depends on which side of the island the main channel of the river flows. That has never been agreed by the two countries [The Independent]

. The island's strategic importance, then, has led to some unusual gambits. In 1981 India dispatched navy ships to plant its flag on the island and try to cement its claim. Says Sanjoy Hazarika, a policy analyst based in New Delhi,

. The rising seas in the Bay of Bengal are cause for concern, especially with the low-lying Bangladesh mainland home to so many people. But with South Talpatti/New Moore, it's hard not to feel at least a small satisfaction at seeing the hubris of nations earn its just reward: nothing. Related Content: DISCOVER: A Perfect Storm Forecast, looking at the Bay of Bengal 80beats: “Catastrophic” Sea Level Rise Is a Real Threat, Coral Records Suggest 80beats: A Rising Tide Swamps All Coasts: New Estimates of Sea Level Rise Spell Global Trouble 80beats: Maldives President Says His Country Must Save Up for a New Homeland