This Hurricane Season Looks Rough. What if One Hits the Oil Spill? 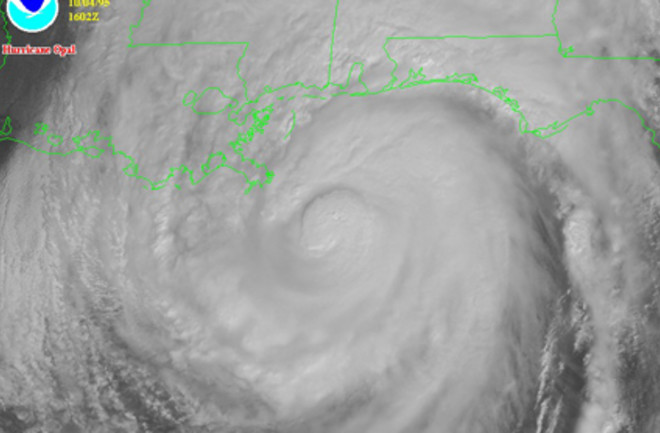 With hurricane season fast approaching, the official forecasts are coming out. And they're not good. The National Oceanic and Atmospheric Administration estimates that between 14 and 23 storms could reach the severity level of a tropical storm—the point at which they get a name.

Of those, eight to 14 are expected to become hurricanes. From three to seven of these could become major hurricanes, with winds exceeding 111 miles an hour. This compares with a long-term average of 11 named storms per season, with six becoming hurricanes and two becoming major hurricanes [Christian Science Monitor].

The warning signs are alarming even experienced hurricane watchers.

The tropics are even warmer than the toasty waters that spurred the 2005 hurricane season into such dizzying activity, with 28 named storms including Katrina, Rita and Wilma.... “The coming season looks very active based upon the latest data we've seen,” said Phil Klotzbach, who along with Colorado State University scientist Bill Gray publishes a widely regarded seasonal forecast. “The tropics are super warm right now” [Houston Chronicle].

Klotzbach and Gray predict 15 major storms and eight full-on hurricanes. But they warn that these predictions are an inexact science, so just because some conditions look similar to 2005 doesn't meant there'll be another Katrina. One factor of great interest this year is the BP oil spill. What happens if a hurricane tears through the Gulf of Mexico, right where all the spilt crude lingers? As DISCOVER blogger Chris Mooney wrote for Slate

Much depends on the angle at which the storm crosses the slick. In the Northern Hemisphere, hurricanes rotate counterclockwise, with the largest storm surge occurring where the winds blow in the direction the storm as a whole is traveling—that's in front of the eye and off to the right.... So if a powerful storm approached the slick from the southwest, say, its most potent winds would push the oil forward, instead of sweeping it off to the side and out of the storm's path. If the storm then plowed into the Gulf Coast, you'd expect an oily landfall [Slate].

However, there's also the possibility that things won't be so bad: It may not come in at that angle, and a hurricane's rage could help to disperse the oil more, which could speed up the rate at which it degrades. Related Content: DISCOVER: Does Global Warming Really Boost Hurricanes?

80beats: We Did the Math: BP Oil Spill Now Worse Than the Exxon Valdez