The proliferation of wells in some states is starving local streams and rivers. 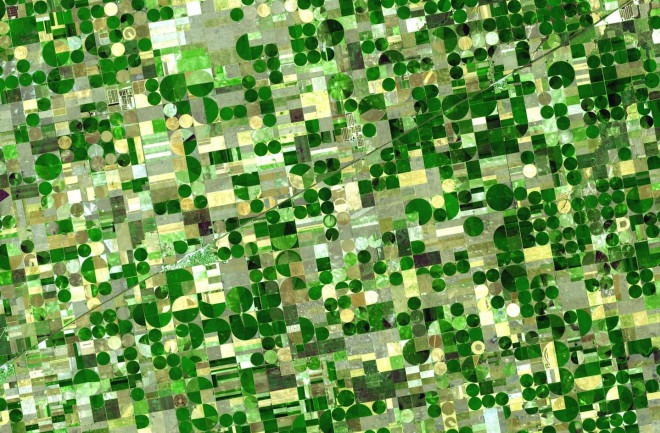 This geometric patchwork of lush greens is a satellite shot of farmland in southwestern Kansas. At the center of each thriving circle or semi-circle lies a well. Researchers at the University of Arizona and the Colorado School of Mines are especially interested in these well-water-dependent bits of cropland, because the wells pump groundwater that normally would trickle into nearby creeks and streams before feeding into rivers. In a recent study (unrelated to this photo), the Arizona and Colorado team found that, since such large-scale groundwater pumping began in the U.S. in the 1950s, stream flows to rivers in some portions of the country have dropped by nearly 50 percent. According to the authors, knowing how we use our groundwater now can help us better manage future use to ensure we’re not depleting it to dangerous levels.

[This story originally appeared in print as "Well, Well, Well."]