The Would-Be Nuclear Power Plant That Became a Tourist Attraction 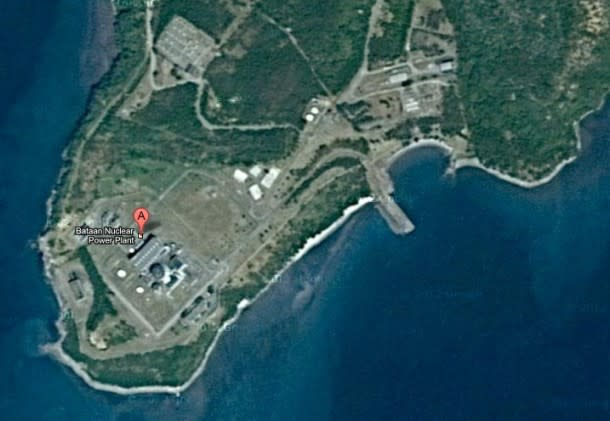 In a dank, humid room 45 miles west of Manila is a direct line to the office of the Philippine president. The Bataan Nuclear Power Plant was to be the first nuclear plant in Southeast Asia. That never happened, and the power plant hasn't generated a single kilowatt-hour since its completion in 1984. Owners sold off the uranium in 1997. In 2011, it was a reborn as a tourist attraction. The phone to the direct line sits on display, never used. The Bataan plant has proved popular as a tourist destination, getting booked up months in advance. Especially common are Japanese tourists, who are wary about the safety of nuclear power since the Fukushima disaster. In fact, the Chernobyl and Fukushima nuclear disasters both pushed Bataan out of favor just when prospects for the nuclear power plant were just looking up. "We don’t need to hire nuclear experts but feng shui masters to get rid of the bad luck," says Mauro Marcelo, a nuclear engineer who works there. But politics, rather than feng shui, is holding sway, according to a New York Times feature on the Bataan plant:

The fate of the Bataan plant has also been tied to the vagaries of Philippine politics, or more specifically to the feud between the Marcos and Aquino families that has shaped the Philippines in one form or another over the past four decades. Many of the plant’s original and current critics oppose it because it was a project of Ferdinand Marcos, the longtime American-backed ruler. The cost of the plant, originally estimated at $1.2 billion, eventually ballooned to $2.3 billion, and is believed to have filled the pockets of the Marcos family and friends. It was Corazon C. Aquino, who toppled Mr. Marcos in the “people power” revolution, who decided to mothball the plant after Chernobyl. Mrs. Aquino’s son, Benigno S. Aquino III, the current president, has publicly stated his opposition to resurrecting the plant. The biggest advocate of rehabilitating it has been a cousin of his, Mark Cojuangco, a former congressman whose side of the family broke from the current president’s half a century ago and was one of the staunchest backers of Mr. Marcos.

For more on the history of the Bataan plant, read the excellent feature at the Times.