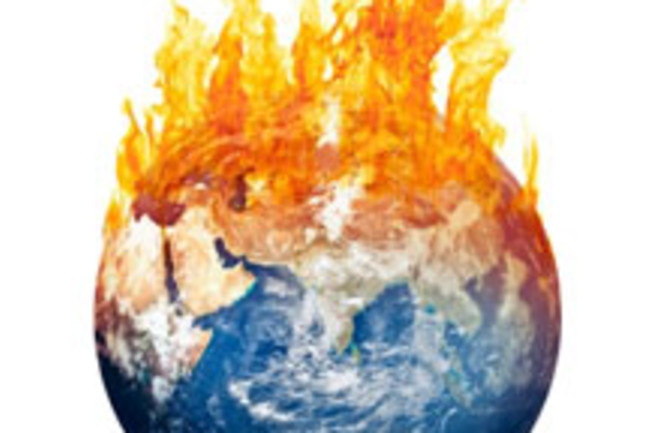 Clusterstock blogger and science-education-questioner Joe Weisenthal brings us a slideshow of "The 10 Most-Respected [sic] Global Warming Skeptics." So who's on there? Everyone from science giants like Freeman Dyson and Nobel winner Ivar Giaever to legitimate scientists like physical chemist (and self-proclaimed non-expert in climate change) Kiminori Itoh and physicist Will Happer, to GOP darling Alan Carlin and everyone's favorite oil-funded soundbite artist, Myron Ebell. Sure, it's important to identify who the strongest voices are on both sides of the climate change debate. But can all of these names really be placed under the "most respected" banner? Dyson, whose scientific street cred knows no bounds, has certainly ruffled feathers by challenging the consensus on the dangers of global warming. But his views skew more towards a desire to balance in sociopolitical factors (such as the effects of climate legislation on poverty in India and China) with policymaking, and questions about the accuracy of climate models. Same goes for Giaever and Itoh. Then there's Ebell, whose scientific credentials consist of an uncanny ability to spend every waking moment on MSNBC. Which may be a skill, but hardly earns him a spot on a list with such internationally respected (and still possibly dead wrong) minds. Though we're sure he'll happily tout his new honor on Fox News. This post has been appended to note that Freeman Dyson, a giant in his field, won just about every science award except the Nobel Prize. Related Content: Reality Base: Renowned Sci-Fi Novelist and Global Warming Skeptic Michael Crichton Dies Reality Base: 20 Years Later, Andy Revkin Responds to Groundbreaking Global Warming Story Discoblog: One More Impact of Climate Change: Longer Days (Literally)Image: iStockphoto