The Softer Side of Climate Control? 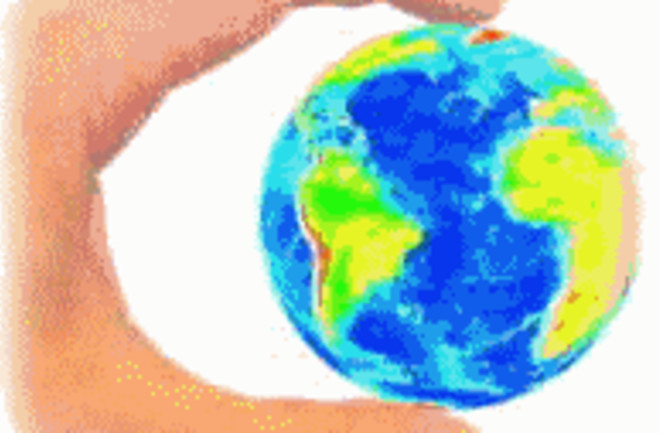 The climate blog Celsias offers some intriguing insight into geoengineering. Recently spotlighted on DISCOVER's website, geoengineering involves drastic, planet-scale alterations to the climate so Earth remains habitable for humans, despite our impressive negligence. The geoengineering schemes highlighted in the DISCOVER slideshow include blocking the sun with trillions of space-based shields and shading ourselves with stratospheric sulfur injections—but these are not the only innovative ways to help our climate. As mentioned in the slideshow, there are significant drawbacks to all of the high-profile geoengineering techniques. Tinkering with the atmosphere on a large scale (such as, say, polluting) involves significant risks, and in the end the decision results from weighing the pros and cons. When it comes to geoengineering, human survival is the overriding "pro," so collateral damage like decreased biodiversity—while by no means desirable—might have to be brushed aside. Sorry, world, but humanity's looking out for number one. Unless, that is, we can find a better solution—something that not only drops our temperature down, allowing humans to keep chugging along, but also decreases carbon dioxide levels and does little harm to the planet. Celsias refers to this as a "win-win-win" situation, and mentions a couple interesting ideas. One is to replace roofs with reflective materials, which would increase the albedo of the Earth (i.e., cause it to absorb less and reflect more solar radiation). Celsias mentions that this solution is "highly cost effective because it can reduce air conditioning loads and increase roof longevity," which is certainly true, but what about its efficacy as a climate moderator? The blog cites another great climate blog, Treehugger.com, for some data from the Earth Institute at Columbia University that implies that if every building on Earth had a white roof, the global temperature would drop up to 1 degree Celsius (the temperature scale, not the blog). The problem with the data, as the post concedes, is that it assumes a highly simplistic "zero-dimensional model," which excludes the atmosphere—meaning it doesn't include clouds, nor does it take into account that only half of the sun's radiation actually reaches the Earth's surface. Another idea that Celsias mentions is a "carbon-negative" soil known as bio-char, which occurs in terra preta—the dark fertile soil used by the pre-Columbians for agriculture, previously discussed in the DISCOVER article about the pre-Columbian Amazon. Bio-char is produced by slash-and-char techniques—eliminating forest with low-intensity smoldering, as opposed to the big open flames of the slash-and-burn technique. The resulting soil is high in organic carbon and nitrogen, making it an effective fertilizer, and largely resistant to decomposition, which allows it to act as a significant, long-term sink for atmospheric carbon dioxide. So bio-char sequestration would be a carbon-negative by-product of the burning of bio-fuels, and improve soil quality. One study suggests that "up to 12 percent of the carbon emissions produced by human activity could be offset annually if slash-and-burn were replaced by slash-and-char." These are good ideas that are cost-efficient and don't seem to have much potential to do any harm, so they certainly merit our attention. But although they will benefit the climate, they won't have a rapid or significant impact on the temperature of the Earth—which, if the greenhouse effect starts running away from us, is the bottom line. We don't need to deploy any risky, extravagant geoengineering tactics right now, but we should encourage serious scientific research into such techniques to optimize their efficacy and evaluate their dangers. Image credit: Sandia National Laboratories