The Snowballing Effect of Repeat Disasters 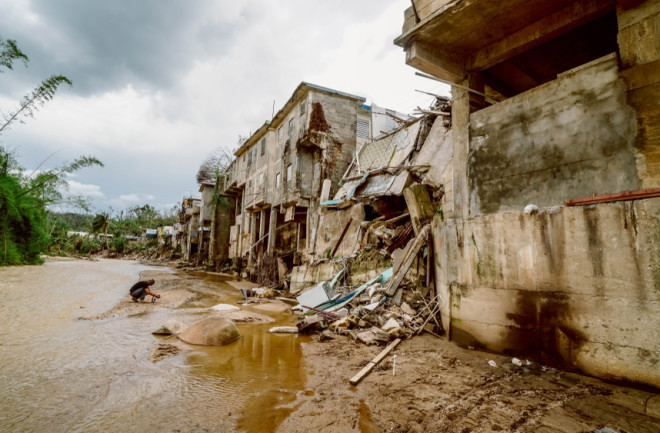 Hurricane Irma tore a destructive path through many parts of the Caribbean, causing dozens of deaths and massive damage in the West Indies and the Virgin Islands in September 2017. The storm spared Puerto Rico then, but later, when category five Hurricane Maria hit, it caused $90 billion in damages mainly for Puerto Rico.

And that wasn’t the end of the country’s tribulations. Puerto Rico suffered from a drought in 2018 and then an earthquake in 2020. Hurricane Maria’s destruction overshadowed the latter catastrophes, but many people outside of Puerto Rico aren’t aware the drought and earthquake continued to exacerbate the suffering and destruction experienced on the ground.

“You have to understand the legacy conditions created by the first disaster to prepare to deal with the second disaster,” says Gary Machlis, a professor of environmental sustainability at Clemson University.

Disaster response and damage assessments typically analyze catastrophes in isolation. But researchers are now trying to change this approach to dealing with catastrophe.

In a study recently published in Science Advances, Machlis and his coauthors developed a framework for responding to disasters that reoccur in the same place within a short time.

The framework Machlis and his colleagues created considers the history of disasters and how the legacy problems of one disaster affects another.

One pertinent example, Machlis says, involves wildfires in California. In the mountains, these fires create climate conditions that can cause subsequent mudslides and flooding in the Sierra Nevada.

“The legacy conditions of the fire are going to impact the harm done by the atmospheric river flooding that comes later,” he says. Machlis says he can already predict where problems might occur in coming months due to the recent wildfire fire season in the Sierra Nevada.

“We could be mapping the mudslides before they happen,” says Machlis.

Part of the reason Hurricane Maria caused so much destruction in Puerto Rico was that Hurricane Irma had already drenched the islands two weeks earlier. The soil was saturated with so much rain from the earlier storm that the water table was still high by the time Maria struck. This led to more wide-scale flooding from the second storm as the soil couldn’t absorb any more liquid and made it easier for Maria’s strong winds to blow over trees.

“We realized that the one generalized weakness in disaster science and disaster preparation — response and recovery — is a tendency for the scientific community and the disaster management community to treat each disaster as a separate thing,” Machlis says.

Furthermore, the response to Maria wasn’t as prepared because supplies were depleted from the earlier storm. The following drought in 2018, and earthquake in 2020, reduced the freshwater supply and destroyed infrastructure that earlier storms had cracked and weakened.

While each event was a disaster in and of itself, the subsequent catastrophes were worse than they likely would have been due to their recent predecessors.

In history, Machlis points to a series of hurricanes every few years that struck Cuba in the mid-1800s. Because it usually takes Cuban coffee farmers at least two years to make a productive crop, the subsequent storms occurred before the crops ever had a chance to recover.

Furthermore, many of the farmers borrowed money to grow the second and third crops after the first were destroyed. Ultimately, the series of events destroyed the coffee industry in Cuba, and many turned to sugar cane. Machlis says many of the impacts of these changes were long reaching.

In both cases, some problems arose from geological effects, and other problems occurred from human response failures, or other societal problems.

“These disasters are always a mix of human cause and natural events,” Machlis says. In the case of an earthquake, for example, there is clearly a geological element that causes tremors or tidal waves. But when questioning how many lives are lost comes down to building codes in the affected areas.

“It’s not productive to try to define natural and manmade disasters,” Machlis says. “It doesn’t get you any deeper insight, it covers up insight.”

The environment itself also sometimes responds positively to previous disasters. In the Southeastern U.S., an early ice storm can build resiliency in trees as it breaks off many of the weaker branches. If another storm comes through, trees are more resilient to the extreme weather.

“There are some legacy conditions that are actually positive,” Machlis says.

Machlis’ goal now is to get early disaster responders to adopt the framework his team created, then ultimately to share it with more governments and agencies.

“The policy implications of this research are extraordinarily high,” he says. “If this work is well done, we think it can save lives.”