The Microscopic Beauty of a Water Splatter

This striking image of a water droplet drying was captured by accident. 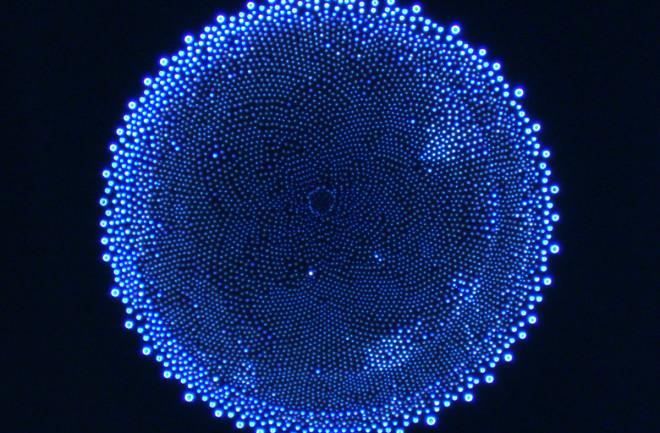 This striking picture of drying water droplets is actually a mistake, says Devin Brown, a research engineer at Georgia Tech’s Institute for Electronics and Nanotechnology.

One day while he was etching microscopic patterns on a silicon chip with an electron beam, he noticed an accidental splatter of water only half a millimeter wide outside his target area. Intrigued, he decided to photograph it through an optical microscope. “It was just a defect at the edge of the sample that was interesting,” says Brown, who was working on new nanofabrication techniques when he took the photo.