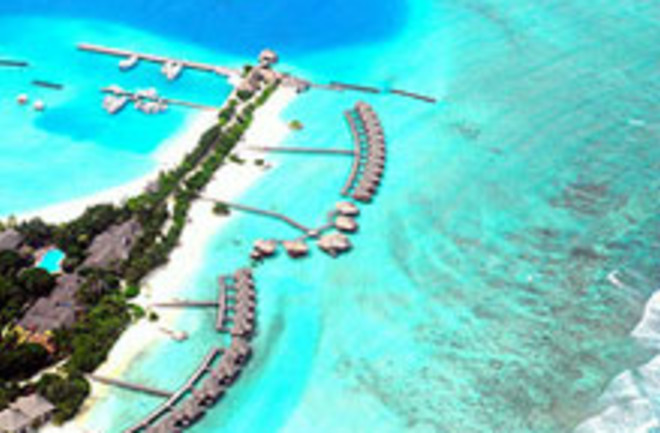 The Republic of Maldives has big plans for discarded coconut shells: they can become both a fertilizer and a planet-cooler. The Maldivian government has announced plans to burn the shells and turn them into biochar, a form of high-carbon charcoal that takes a long time to decompose, and which can be used to nourish the soil. It's one effort of many that the government of the Indian Ocean archipelago hopes will help it achieve carbon neutrality by the year 2020. The "slow-cooked" organic waste project was launched through a partnership between the Maldives government and the British company Carbon Gold. The scheme would not only reduce organic garbage, it would also decrease dependence on imported fertilizer.

Carbon Gold argues that the biochar is an effective way of removing CO2 from the atmosphere. The company says the fertiliser also improves soil fertility.... "Waste that would have rotted or been burnt before is now locked up and put very safely in the soil," [BBC]

, says company cofounder Daniel Morrel. Researchers believe that biochar doesn't break down (and therefore release its carbon) for hundreds of years. Proponents say that using biochar would also be beneficial for the people of Maldives.

Under the scheme, small kilns would be installed in villages across the Maldives, controlled by the villagers, who would use them to dispose of waste and generate energy and fertiliser. The latter alone could lead to huge savings. The soil in the Maldives is so poor that islanders have to fertilise it with cow dung imported from India at about £60 [nearly $100] a tonne [Times Online].

Furthermore, Maldives has a particularly vested interest in combating climate change: Scientists believe that if sea levels rise as predicted, the nation could be the first to find itself underwater.