Researchers continue to grapple with the reality of tiny plastic shards — everywhere. 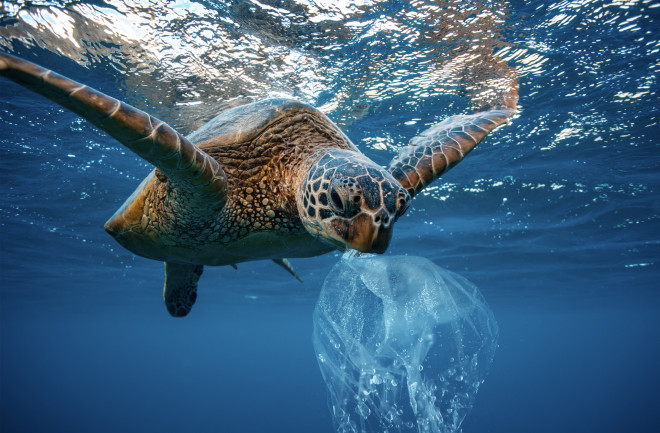 Concerns about microplastics are not new. They’ve been growing for more than a decade. Over the past two years, however, many creative solutions have emerged to address the problem on a local level, ranging from hoovering beaches to shooting bubbles up from river bottoms. Still, experts say there’s a need for a huge, coordinated effort if we want to curb the global issue: The world produces 400 million tons of plastic annually, and much of that material breaks down into tiny pieces that now litter our planet.

The term microplastics was coined in 2004 by marine ecologist Richard Thompson after he discovered tiny bits of plastic littering British beaches. Since then, scientists have found microplastics — fragments less than 5 millimeters wide — nearly everywhere: in the deep sea, in Arctic ice, in the air. Even inside us.

A 2019 study in Environmental Science & Technology estimated humans ingest up to 100,000 bits of plastic each day. It’s not just the physical presence of plastic inside the body that poses a potential problem; plastic’s chemical additives might affect different species’ tissues and organs, according to a 2021 study in Environmental Toxicology and Chemistry. However, there is disagreement in the literature as to how much microplastics harm species, including humans. Some say larger specks may pass right through our bodies while the tiniest pieces could enter our cells. More research is needed.

For a global view of this vast issue, Duke University scientists in 2020 created a public database to track plastic removal innovations. For example, the Hoola One is a rugged-terrain vacuum that internally separates microplastics from organic materials. It’s being tested on Hawaiian beaches. In Amsterdam, scientists have introduced the Bubble Barrier in canals, a device that forces air through a perforated tube, creating a wall of bubbles to send submerged plastic to the surface. Hong Kong Polytechnic University researchers presented a unique idea in April at the Microbiology Society’s Annual Conference: a bacteria biofilm that could attract and trap microplastics at a wastewater treatment plant, before they flow into rivers and oceans. An international research collaboration is working on something similar, using jellyfish slime.

This wide range of measures could help in specific pollution hotspots, says Zoie Diana, a Duke doctoral candidate, who worked on the inventory and added 40 new inventions this year. But “if you have a technology that would capture microplastics at the industrial wastewater scale, before they enter our waterways, that would be ideal,” Diana says.

That’s where Alain Marty, chief scientist at the biochemistry start-up Carbios, comes into the picture. In a 2020 Nature article, Marty and colleagues describe how they engineered an enzyme to break down plastic quickly and efficiently. Industries could employ the enzyme as part of their manufacturing processes, so that nearly all of their material could be reused to create products. “If waste has a value, then it becomes a product,” he says. “And once it’s a product, it will be collected and no longer pollute our oceans and our environment.”

Marty’s discovery is a breakthrough in the right direction, though preventing microplastics by reducing our plastic use is just as important, says Diana. “We really want to turn off the tap.”