The Curve Appears to Be Flattening on CO2 Emissions. What Does That Mean?

Annual CO2 emission rates appear to be leveling off. Now they need to rapidly decline. 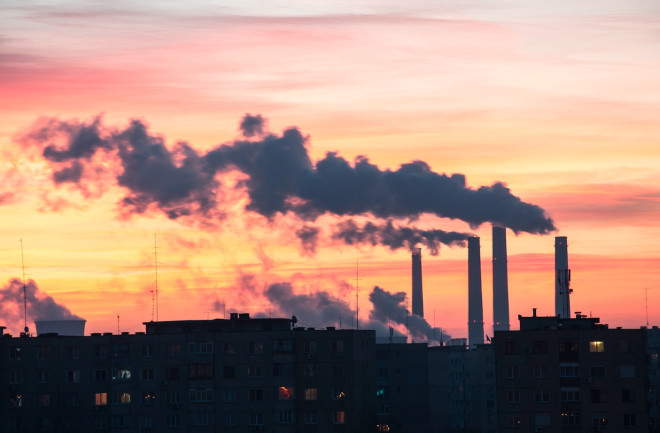 This article appeared in Discover’s annual state of science issue as “A Glimmer of Hope for Global Emissions.” Support our science journalism by becoming a subscriber.

As the arc of coronavirus misery rose in 2020, a hopeful development on another dangerous curve may have escaped your attention.

The curve tracking the rise of global carbon dioxide (CO2) emissions from energy use went totally flat in 2019, according to a report released in February by the International Energy Agency (IEA). Another international report found very slight growth in global emissions during the same time span, compared with prior years.

Either way, this flattening happened before COVID-19 temporarily hampered economic activity and carbon output. So, the promising CO2 trend stems from other factors: plunging use of coal in many economies and gains in renewable energy, according to the IEA report. “We’re flattening the curve, which is the first step toward bending it downward,” says Michael Mann, a climate scientist at Penn State.

Pending final numbers, we’ll likely see actual reductions in CO2 emissions in 2020, “partly but not entirely due to the pandemic,” Mann says. “Perhaps even more significantly, we know that the flattening of carbon emissions is tied to the transition away from fossil fuel burning and toward renewable energy.”

That’s a structural change, and the shift has been accelerating. Mann predicts the final emissions report for 2020 will show a drop of about 5 percent. But that won’t thwart dangerous climate impacts in our future. “The problem is that we need further reductions by the same amount, year after year, for the next decade and beyond,” he says. The goal is to prevent Earth from warming an average of 2.7 degrees Fahrenheit, which is projected to cause deadly heat waves, debilitating droughts and stronger storms. In fact, 2020 was on track to be one of the hottest years on record, according to Gavin Schmidt, director of the NASA Goddard Institute for Space Studies.

Also, despite this emissions curve flattening in 2019, and likely decreasing in 2020, the amount of CO2 in the atmosphere still reached a new high in 2020, and will continue to rise. Like a bathtub overflowing until the tap is shut off completely, CO2 levels will not stop rising until emissions are driven down to zero — either that, or until emissions are drastically slowed while CO2 is actually removed from the atmosphere.

Pieter Tans, a scientist with the National Oceanic and Atmospheric Administration, says he now sees “a golden opportunity to provide much-needed jobs by working on the energy transition.” To seize that opportunity, he says we must embrace this idea: “We humans are really in charge of, and responsible for, our own future, which includes the health of our planet.”