In a former life, she was a cheerleader for the Philadelphia 76ers. Today she channels her enthusiasm into spreading the word that science is something anyone can do. 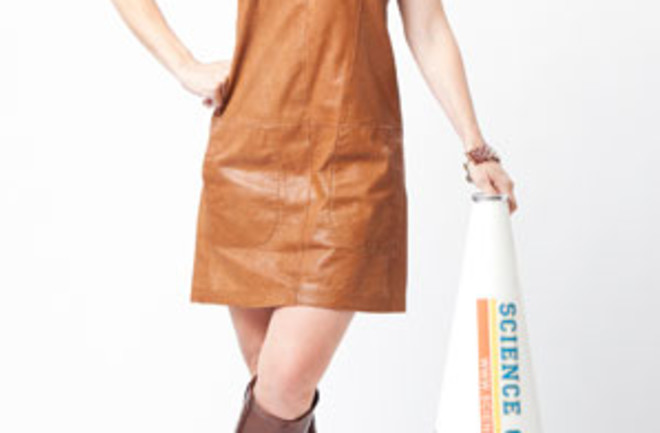 Darlene Cavalier is the brains behind scistarter.com, which lets untrained people collaborate on serious research projects, such as gathering pollution data and monitoring insect swarms. She is the founder of science­cheerleader.com, a community of cheerleaders with science backgrounds who promote science literacy. And as a consultant to DISCOVER, Cavalier helped organize our recent Changing Planet town hall discussion on the future of water. She recently talked with us about how her varied passions fit together.

How did you get interested in communicating science to the public? I got my start stuffing envelopes for DISCOVER. I was mailing out applications for the magazine’s Award for Technological Innovation, and researchers would respond by writing two or three digestible sentences about their innovations. If they left out some information, I would call them to clarify, and that was my “aha” moment. I realized how down-to-earth scientists were. They also sent in samples of their work. I remember holding a fire-resistant tile made for NASA after the Columbia disaster, and I just thought that was really special.

And that led to your Work with SciStarter? I went on to graduate school and studied the role of everyday people in science. I launched SciStarter (then called Science for Citizens) in 2006 as a way for me to catalog all the citizen science projects that were out there. What started as a database has become an active community. We make it super-easy for anybody to find and join an interesting project, but we also let them interact with the researchers and rate projects.

What’s been one of your favorite citizen science projects? We did a really cool one called Snowtweets. Researchers out of the University of Waterloo in Canada asked people to send in geotagged, real-time snow depth measurements. Three times as many people participated during the month that SciStarter featured it as in the previous two years of the study. The information helped test the snow cover data that researchers get from satellites, which can’t account for things like wind drifts. For most of the participants, when they got an email from the Waterloo researchers it was the first time they had communicated with a real scientist.

Can such hands-on activities help people make sense of the complexities of climate change? A project like helping a researcher track the frequency of dragonfly swarms across the country can help you understand changing environmental conditions, since these swarms tend to increase in warmer periods. Then we have projects in the database that are directly related to climate change. For instance, there are researchers in Arizona who need people to do wet/dry mapping of rivers. This is literally mapping where the ground next to a river is wet and where it turns dry. And with enough data you may start to see that a river is getting drier over the years. I think it’s an important lesson, especially when you’re talking about climate change in, say, Tempe, Arizona, where fresh­water is a big issue.