The Best and Worst of the Latest Science News

Endangered humpback whales may be saved, but Navy sonar can still cause them problems. 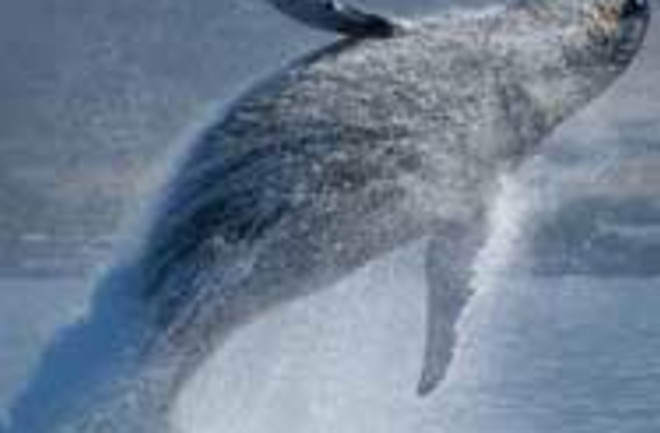 - The endangered humpback whale is on the rebound, with 18,000 of them swimming around the North Pacific Ocean, according to the National Oceanic and Atmospheric Administration.

- A drug that mimics the effects of resveratrol, a compound found in red wine, works as an antiobesity pill—at least in mice. The drug, SRT1720, kept mice with high-calorie diets from becoming obese or diabetic, according to a study published in Cell Metabolism [subscription required].

- Small nuclear reactors, which can provide localized carbon-free power, are so popular that they are on a three-year back order from their manufacturer, Hyperion Power Generation.

- A recent U.S. Supreme Court ruling allows the Navy to continue underwater sonar testing in the name of national security, despite its potential to harm whales.

- Obese people’s brains may offer less pleasure from eating, according to a study published in Science [subscription required]. Researchers found that obese women have fewer dopamine receptors, giving them less of a high from food.

- The Department of Energy is warning that the 77,000-ton limit set for nuclear waste at the Yucca Mountain Repository already falls short of our needs.