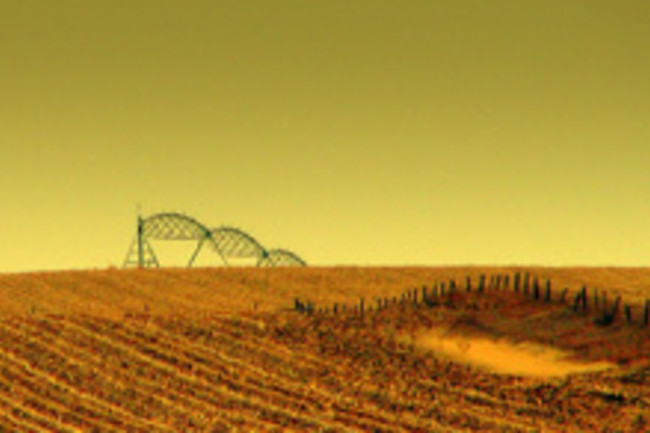 Intense fertilizer use. Gas-guzzling farm equipment. Plowing up land. At first glance, industrial-scale agriculture doesn't necessarily seem like an environmental positive. But, Stanford scientists say, looks can be deceiving. Jennifer Burney and colleagues calculated the net effect of agriculture on greenhouse gas emissions from 1961 to 2005, a period when crop yields shot up dramatically. And while agriculture does produce plenty of emissions, those totals were overwhelmed by the emissions savings achieved by greater agricultural productivity. In short, higher yields mean plowing up less land, and plowing up less land means more carbon sequestered in undisturbed forests and soils. The study appears in the Proceedings of the National Academy of Sciences.

All other things being equal, the researchers found that agricultural advances between 1961 and 2005 spared a portion of land larger than Russia from development and reduced emissions by the equivalent of 590 gigatonnes of carbon dioxide — roughly a third of the total emitted since the start of the Industrial Revolution [Nature].

The team got those figures by comparing the last half-century to hypothetical alternative scenarios in which crop yields stayed more or less the same. The scientists say the world probably still would've reached its present population even without the vast improvements in yields, but we'd be in a much worse situation when it comes to emissions. Of course, the greenhouse emissions saved aren't the whole picture.

It's important to realize, however, that simple carbon accounting doesn't include the drawbacks of industrial farming, like fertilizer runoff, pesticide accumulation and antibiotic resistance [TIME].

Still, researcher Steven Davis argues, the study's findings are a rebuttal to the thought that simpler is always better.

"Our results dispel the notion that industrial agricultural with its petrochemicals is inherently worse for the climate than a more 'old-fashioned' way of doing things," said Dr Davis [BBC News].

If the Stanford researchers are right, then modern agriculture yields accidental benefits of forests and carbon storage. This report joins happy news from last month in which humans reached intentional agreements to protect forests in Indonesia

. Related Content: 80beats: GM Corn in China Drives Off One Pest, But Another Sneaks In

80beats: Lesson of the Ancient Nazcas: Deforestation Can Kill a Civilization

Gallery: "Frankenfoods" That Could Feed the World