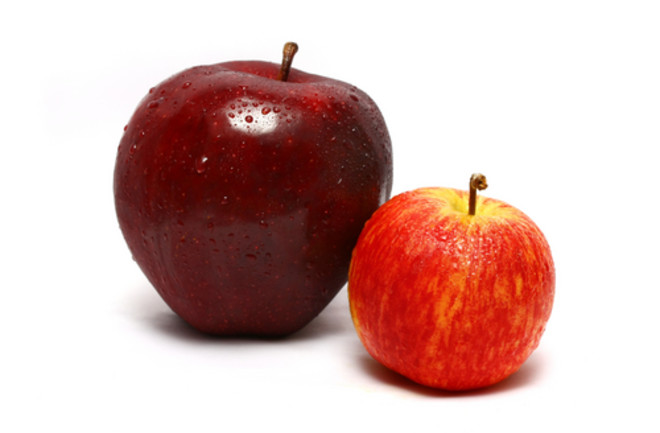 Next time you're in the supermarket weighing the glossy conventional fruit against the small, blotched organic alternative, consider this: organic fruits' stunted size may be the signal of their nutritional prowess. Various studies in recent years have shown that some organic fruits and vegetables have nutritional advantages over conventionally-grown produce. For instance, organic tomatoes contain more vitamins, and organic tomato juice has more phenolics, a class of molecules that promote the body's own antioxidant response. But it's been unclear exactly how organic farming brings about these changes in fruit. Now a new study indicates that the secret is stress: While conventional fruits are coddled by synthetic fertilizers, organic plants have fewer minerals available to them---and they therefore produce fruit that's higher in human-healthy compounds. Researchers came to this conclusion by analyzing organic and conventional tomatoes from farms in Brazil. Comparing the fruits at points throughout the growing cycle, researchers found that the conventional tomatoes were about 40 percent bigger than organics. Previous research indicates that smaller fruit is a sign that plants are under more stress. Further proof of organics' stress came in the tomatoes' chemistry. Organic tomatoes had higher levels of antioxidants, hinting that they were battling damaging oxidizing molecules. These tiny organic tomatoes packed a punch: 55 percent more vitamin C and 57 percent more "soluble solids," including sugars, which probably made them taste better too. As the researchers report in PLoS One, this is the first time organic plants' stress has been linked to the nutritional benefits of their fruit. The findings make sense in light of a basic principle of living things---there's a tradeoff between growth and defense. Pampered conventional plants can direct all their energies toward growth, producing bigger fruit. But the defense activities in organic plants, which detract from growth, produce chemicals that are healthy for the human diet. All this comes with a caveat, however. It's not guaranteed that higher antioxidant levels in fruit translate to higher antioxidant levels in the bloodstream of those who eat it. For apples and tomato juice, at least, it appears that organics' antioxidant benefit is lost in translation. Top image courtesy Mau Horng / Shutterstock