Solar No Longer a Joke

A California company, OptiSolar, is teaming up with Pacific Gas & Electric to build a solar energy plant near San Luis Obispo, CA, that will produce more energy than all the extant solar plants in the US put together. 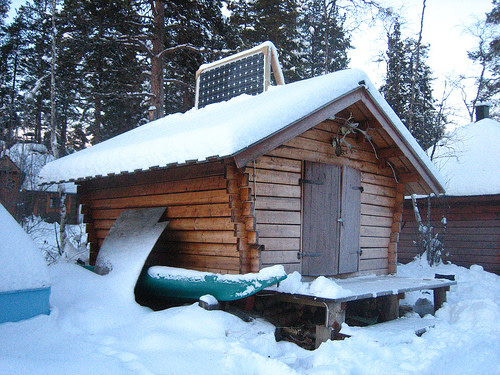 That still isn't as much as one would like. At peak sunlight, it'll generate as much power as a coal plant or a small nuclear plant. But since it isn't always peak sunlight out, all told it will generate about a third of what a coal plant would. Let's not get depressed here. Utilities just need to build a ton more of them. An example of the private sector finally stepping up and displaying serious environmental stewardship? Christ no. PG&E is doing this because they're desperately trying to meet California's unusually demanding state green laws, which ask utilities to draw at least 20% of their power from renewable sources by a deadline in 2010. PG&E may well still fail to meet it, as the solar panels might not be fully operational until 2011. Companies aren't going to stop pretending market-based solutions are the way to get them to do good things. But this latest development should be deployed by enviros as a rhetorical weapon to establish tougher laws that bludgeon them into doing more. This just isn't going to be a voluntary process. Coercion is green.